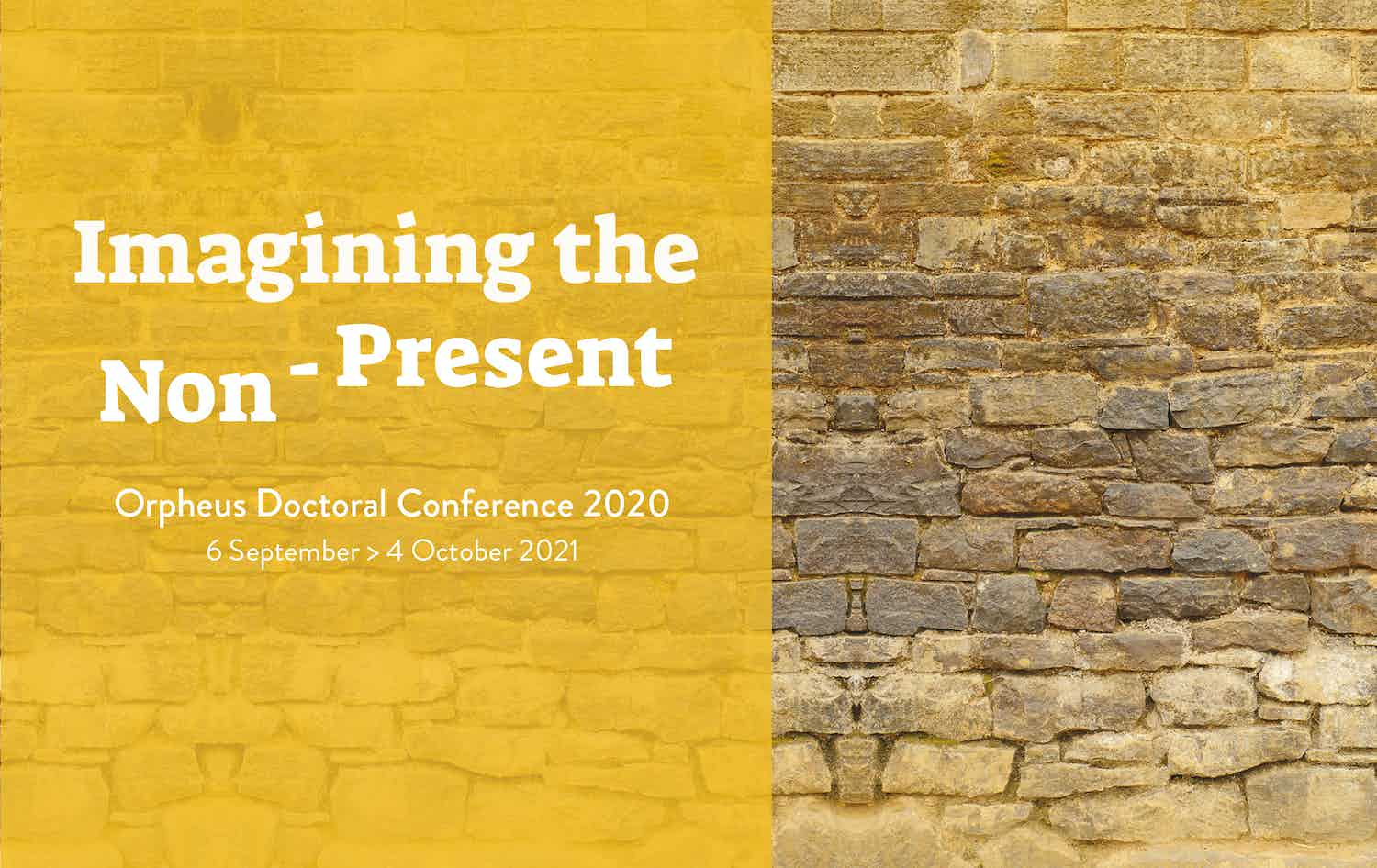 Call for papers: Imagining the Non-Present

The Orpheus Doctoral Conference 2020, organised by the second year docARTES PhD students, was planned for 28 and 29 May 2020. The world decided otherwise, unfortunately, and we postponed this edition. Today, there is a new format and a new call for proposals. This conference is an experiment in form as much as content.

If the only temporality humans are capable of experiencing is the present, then both the past and the future are only accessible via the imagination. And both are equally difficult to "know," in any sense of the word. This ties contemporary musicians and historically-informed performers inextricably together. Both strive to invent what is simply not there for them to see, hear, or touch. What can they learn from each other about how to imagine the non-present?

Imagination is part of the practice of nearly every musician, but this act of mentally envisioning how music might be made is often marginalized in favor of issues that deal with the actual result—the composition or performance as real experience. This conference at the Orpheus Institute seeks to uproot a hegemony of the artistic product in favor of an emphasis on the process of generating imaginary possibilities for experimentation in the real. Following Paul Ricoeur's lead back to Aristotle's concept of fantasia, we seek to understand music's relationship to that mental capacity which allows one to see, dream or fantasize about events not directly accessible in one's immediate or close surroundings; either spatially or temporally.

This conference is an experiment in form as much as content.

The type of exchange represented by a conference supports artistic research in a way that no other type of activity does. New knowledge is not only produced by practice and reflection in private but also by an exchange of and collaboration on practice and reflection. Yet this conference comes at a time when those valuable social and intellectual affordances of a traditional artistic research conference are impossible to foster safely. So beyond our dedication to the topic of imagination and non-presence with regard to the specific objects of artistic research in music, we are also dedicated to using this opportunity to imagine toward newly productive practices of non-presence within our mode of discourse itself. Video conferencing may in form seem to be an adequate replacement for traditional conferences, but we find ourselves continually dissatisfied with its ability to instigate this type of exchange in a meaningful way. So rather than putting forth a less effective version of the traditional conference format in the form of a series of video calls, we feel compelled to experiment with an alternative that shifts in-person, on-the-spot modes of communication to a physically distanced and time-separated digital environment.

Our proposition is as follows. Each participant, including four keynote “speakers,” will make a medium-length opening statement in any combination of text, audio, video, and image. These opening statements will be circulated among the full group of participants at the start of the conference, after which several rounds of questioning, commentary, and response will be facilitated over the following several weeks, again through the same platform and using any combination of media.

The final output of the conference will be a digital volume published online comprising all statements, responses, questions, and answers.

Additionally, to facilitate the important affordances of conferences for casual socialization and networking, we will begin and end the conference with live Zoom meetings on 6 September and 4 October 2021, both from 17:00-19:00 CET. The first event will also feature a live presentation from and Q&A with Jennifer Walshe.

We invite participation by musicians, historians, philosophers, and artistic researchers who may be interested in the topic of the conference. To apply, please submit an abstract (500 words max) and bio (250 words max) to odc2020@docartes.be by Sunday, 8 August 2021.

Accepted participants will be notified by Friday, 13 August and asked to submit their opening statements (approximately 1,500 words and/or 15 minutes of audiovisual content, in any combination of media) by 1 September. Opening statements will be shared among conference participants on 6 September, after which four weeks of fixed media interaction will be facilitated, ending on 4 October.