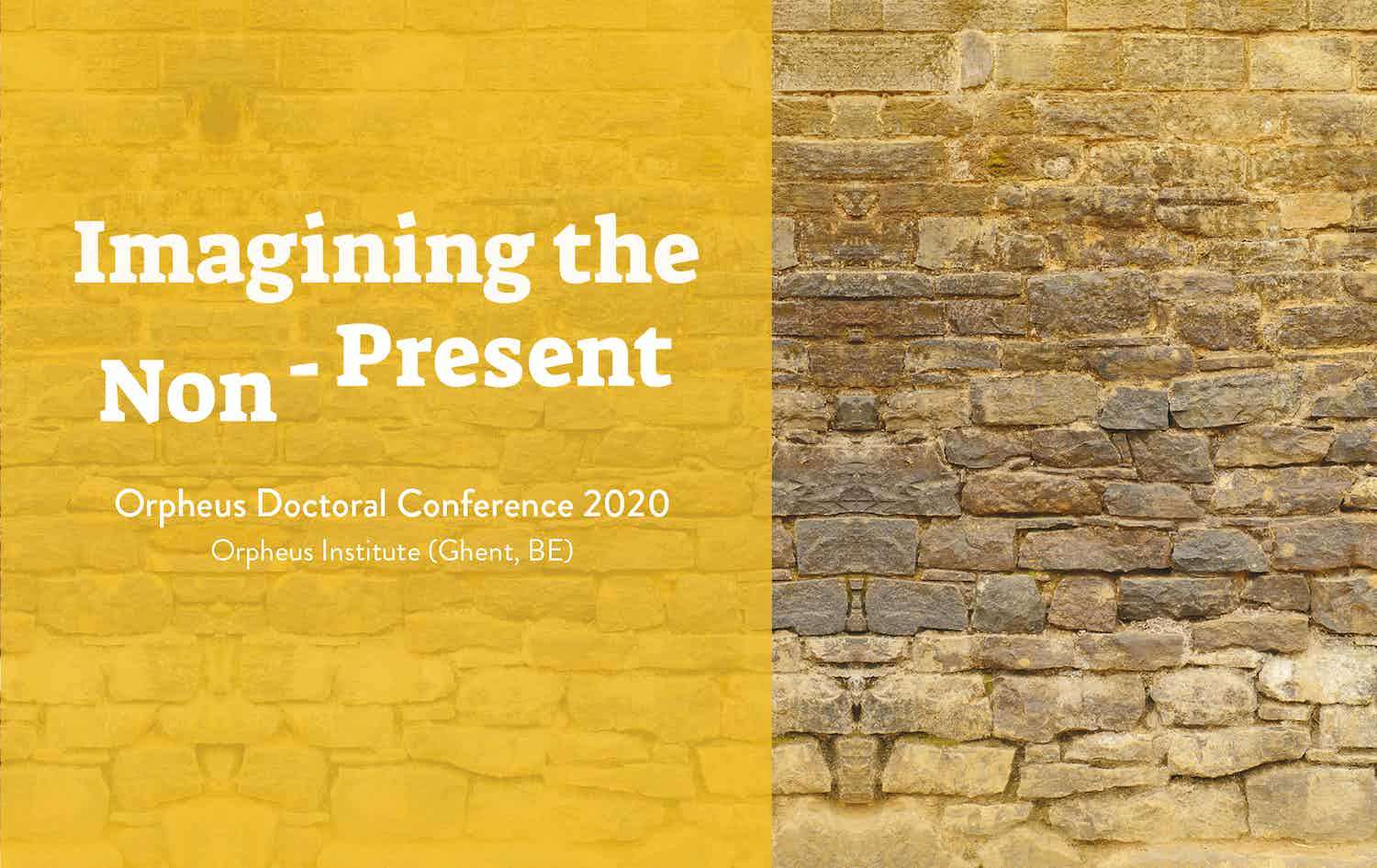 The annual Orpheus Doctoral Conference, organised by the second year docARTES PhD students, was planned to take place on 28 and 29 May 2020 but is postponed until autumn 2020.

The organising committee of the Orpheus Doctoral Conference 2020 decided to postpone the conference until autumn 2020 due to the ongoing global public health crisis.

Upon discussing the most equitable path forward in this largely unprecedented scenario, the committee has decided upon the following course of action. New dates will be announced as soon as possible, after which we will re-open the call to additional proposals through late June. All current proposals will be automatically rolled over into the new pool to be reviewed over the summer alongside any new proposals. Everyone involved has been contacted personally. Any applicants from the first round who are unable to participate on the new dates should contact us to withdraw their proposals. We will then announce our decisions on final presenters at the end of the summer.

This crisis has, for me, revealed our topic of the non-present to be more important than ever. In times when fear and uncertainty—those most fertile grounds for imagination—have such a strong presence in people’s minds, perhaps we artists, as professionals in the field of imagination, who are more often focused on how the future can be generated rather than predicted and how the present can be critiqued rather than described, have something incredibly unique and valuable to contribute to our communities. Far beyond our formal responsibilities to make art, what if we could use our artistic knowledge—practical, theoretical, and everywhere in between—our understanding of how to be artistically in the world, of how to creatively critique received ideas and imaginatively generate new realities, to reckon with these uncertainties not by a predictive but a productive conflation of past and future?

‘Imagining the Non-Present’ was always meant to be a step in this direction. Now, it seems more pertinent than ever. Even within academia and other institutional homes of artistic practice, significant obstacles lie in the way of a genuine, systemic respect for the relationship between imagination and knowledge. For this reason—to debate around ways out of this problem—we look forward to seeing you this autumn even more than we looked forward to seeing you this May.

If we accept that the only temporality humans are capable of experiencing is the present, as Paul Ricoeur suggests, then both the past and the future are only accessible via the imagination. And both are equally difficult to "know," in any sense of the word. This ties contemporary composers and historically-informed performers inextricably together. What can they learn from each other about how to imagine the non-present?

Imagination is part of the practice of nearly every musician, but this act of mentally rehearsing how music might be made is often marginalized in favor of issues that deal with the actual result (the composition or performance as real experience). This conference at the Orpheus Institute seeks to uproot a hegemony of the artistic product in favor of an emphasis on the process of generating imaginary possibilities for experimentation in the real. Following Ricoeur's lead back to Aristotle's concept of fantasia, we seek to understand music's relationship to that mental capacity which allows one to see, dream or fantasize about events not directly accessible in one's immediate or close surroundings; either spatially or temporally.