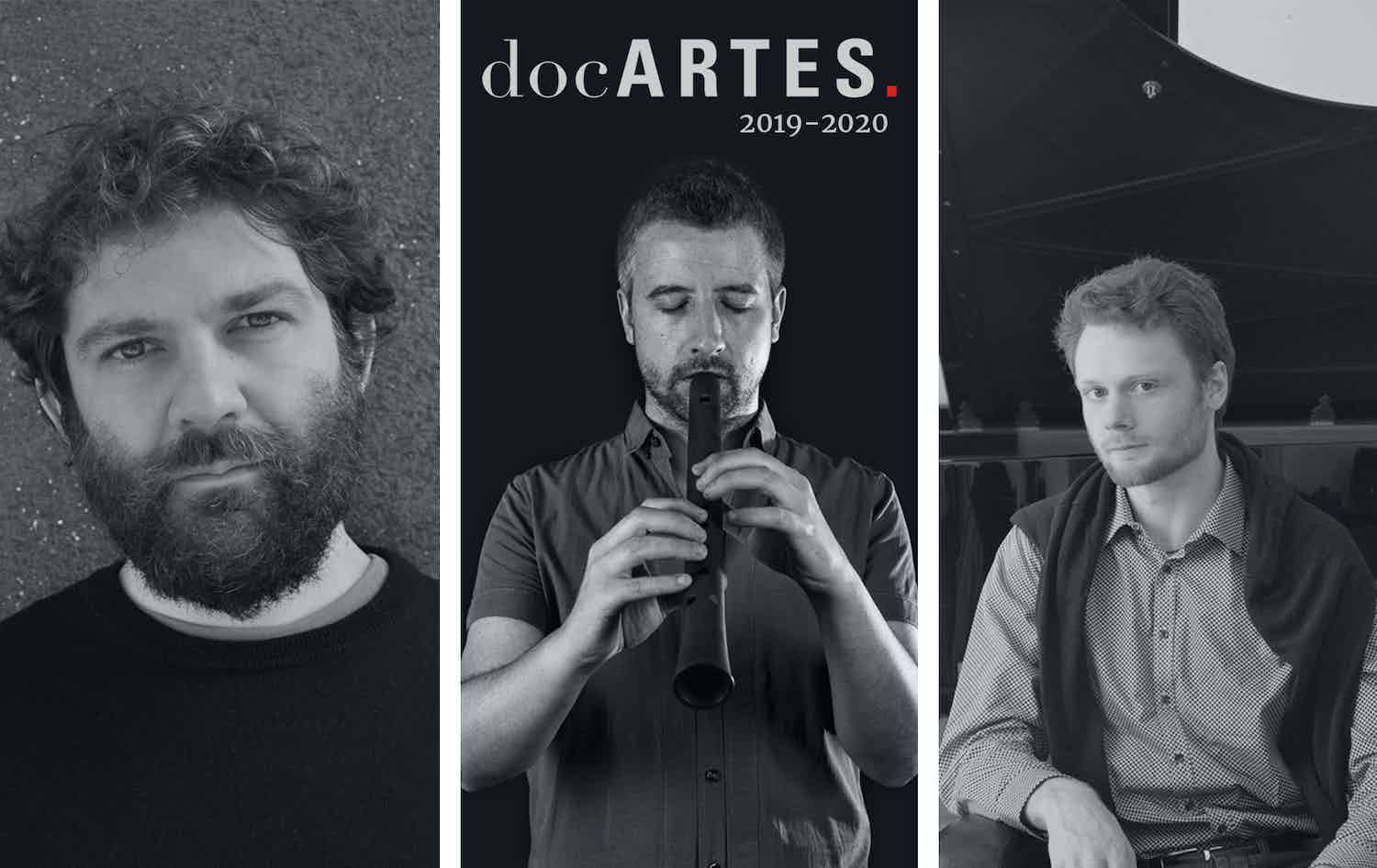 Michele Del Prete received his Ph.D. in Philosophy from the Freie Universität Berlin defending a dissertation on Franz Rosenzweig’s ontology. He studied Viola da Gamba with Nanneke Schaap in Verona and graduated in Electronic Music in Venice studying with Alvise Vidolin and in Composition in Graz studying with Beat Furrer. He received further guidance from Giacomo Manzoni in Fiesole. Several conferences and performances in Europe and in the Americas. Together with Pierluigi Billone he organized two conferences in Palermo and in Venice (Space: Two Positions and Dialogue with Luigi Nono, on the occasion of Risonanze erranti). He performed his electroacoustic works in complex spatialisation settings in Graz (IEM Cube), Madrid (Auditorium Museo Reina Sofía), Chatham (Historic Dockyards), Manchester (Mantis).  He works on poems by Roberto Bacchetta and collaborates with Igor Imhoff on audiovisuals projects.  In 2019 he received a mention of honour for his work Glosas a seis from the International Composition Award Six Historic Organs of Mafra.

“Vicente Parrilla has so consumed the model books that he can now speak their musical language with confidence and freedom and create truly modern performances.” This is how American Record Guide critic Charles E. Brewer describes the work of recorder player Vicente Parrilla.

Vicente Parrilla studied the recorder at Seville conservatory with Guillermo Peñalver. At the age of 17, he moved to The Netherlands to further his studies, initially with Jeanette van Wingerden at Koninklijk Conservatorium in The Hague, and later with Walter van Hauwe at Conservatorium van Amsterdam, graduating in 2001. He completed his training with Pedro Memelsdorff at Esmuc in Barcelona, besides attending a good number of recorder courses with Aldo Abreu.

In addition to teaching the recorder at masterclasses as guess professor at conservatories in Madrid, Zaragoza, Cuenca, Esbjerg and Faro, Parrilla is appointed since 2004 as professor of recorder, ornamentation and improvisation for period instruments at Seville Conservatorio Superior de Música, where he holds the Chair of Recorder.

Johann Vacher is a French musician, born in 1989, specialist of music from the 20th century. He enjoys performing unknown masterpieces by major composers and hence offering the audience the opportunity to (re)discover these musics. Johann won the International Piano Competition in Sète (France) in 2008 and the Composition Competition in Cergy-Pontoise (France) the same year. He studied piano and chamber music in the High School of Music of Geneva with Pascal Devoyon, Cedric Pescia and Gabor Takacs-Nagy. He now teaches there sight-reading and instrumental accompaniment and he coordinates contemporary music projects.

Johann is passionate about theatre and interactions between music and other arts. He is an active member of « Ensemble Caravelle », based in Switzerland, which brings music and theatre together in unique performances. Within this ensemble, Johann is musician, comedian and composer at the same time. Along with the violinist Stanislas Gosset (Duo Mercutio), they are the funding members and artistic directors of the Cotentin Chamber Music Festival « Les Fieffés Musiciens », which is held each year in July since 2015.

Read more about the new docARTES students and their research topic: www.docartes.be