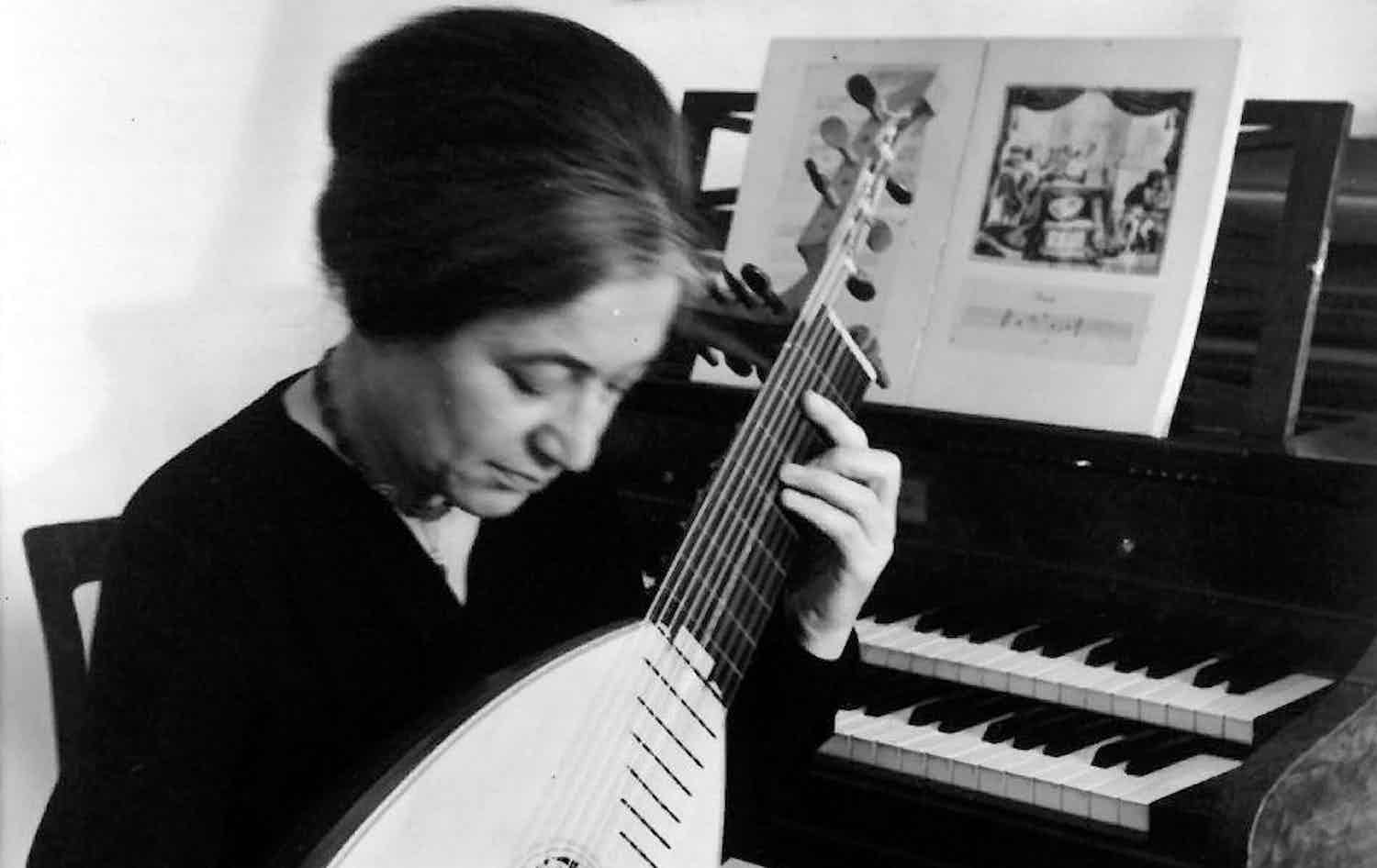 Since December, the Orpheus Institute has been preserving photos, manuscripts, vinyl records, and press cuttings of early music pioneer Gusta Goldschmidt. This donation by daughter Anne Bailes-van Royen is the ideal complement to the previously acquired Huys, Koopman and Thwaites collections.

Gusta Goldschmidt (1913-2005) was born into an Amsterdam merchant family with a beating heart for music. After her first musical steps on the violin and piano, Goldschmidt left for Frankfurt at age 17 to study piano. Until she attended a concert by Aline Ehlers and decided to devote herself to the harpsichord. In 1933 Goldschmidt went to Saint-Leu-la-Forêt (near Paris) to spent six years at Wanda Landowska’s École de Musique Ancienne. Dozens of photographs offer unique glimpses of the daily stroll at Landowska’s house. 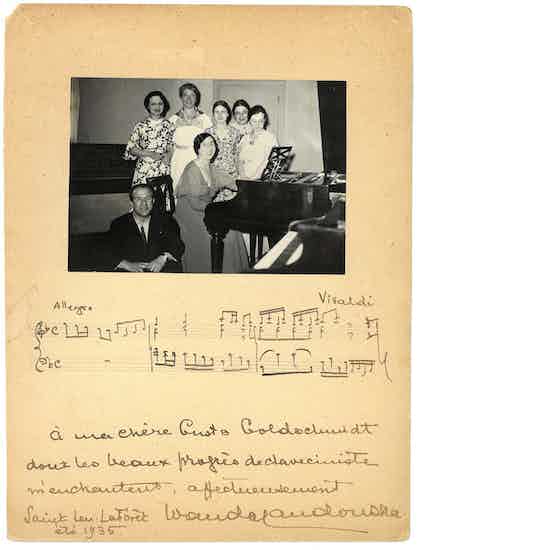 Wanda Landowska’s class. Photo with dedication, 1935. Second from the right we recognize Gusta Goldschmidt. The musical incipit is from Vivaldi’s RV 978.

During a summer course at Landowska’s private school, ‘Guusje’ met her future husband and music partner, flautist Everard van Royen. The outbreak of the Second World War put an early end to the rise of the Van Royen-Goldschmidt duo. While Landowska saw her villa plundered by the Nazis and emigrated to Switzerland and the US, Goldschmidt, a Jew, got involved in the resistance due to her husband. For several years she endured the horrors of the concentration camps of Vught and Westerbork. After the war, Goldschmidt and Van Royen formed Alma Musica. The Baroque sextet performed in four countries and made recordings for Das Alte Werk.

After her divorce from Van Royen and Alma Musica, Gusta Goldschmidt devoted herself to a new love: the lute. With the help of musicologist Frits Noske and as a pupil of Walter Gerwig, Diana Poulton and Eugen Dombois, she quickly mastered the repertoire of the then seldom-heard instrument. Goldschmidt became the very first lute teacher at the Amsterdam Muzieklyceum (later the Sweelinck Conservatorium). She gave lessons in the summer school of the English Lute Society, advised lute makers and string makers, and played on recordings of the Leonhardt Consort, Concerto Amsterdam (Jaap Schröder) and Concentus Musicus (Nikolaus Harnoncourt).

After her retirement, Goldschmidt made a name for herself as the arranger for lute of Bach’s violin partitas (published in 1983) and cello suites (1987). Her manuscripts bear witness to her search for an idiomatic, historically informed and artistic arranging style. Near the end of her life, after a thumb fracture, Goldschmidt discovered the pianoforte. She practiced up to five hours a day on a Bohemian instrument from 1809 and took lessons from Stanley Hoogland.

Gusta Goldschmidt’s legacy can be consulted by appointment at library@orpheusinstituut.be