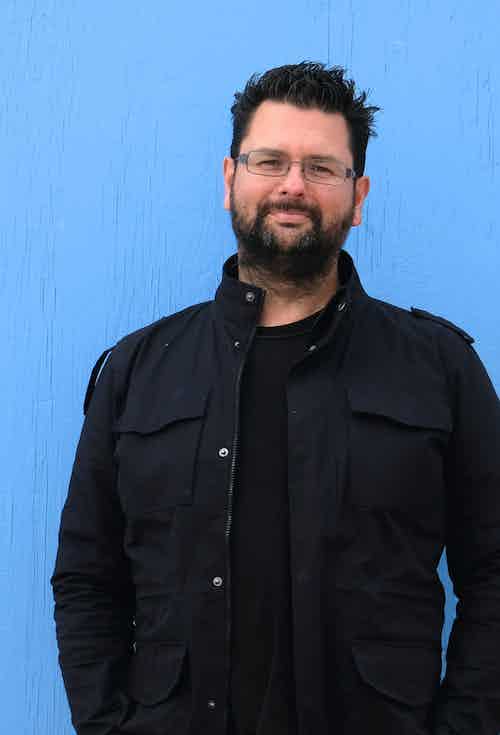 Matt Wright works internationally as a composer, improviser and sound artist at the edges of concert and club culture. His output stretches from scores for early music ensembles and contemporary chamber groups to digital improvisation, experimental turntablism and website installations to collaborations with dance, theatre and film. As a performer he works with turntables, laptops and surround sound installations to create post-DJ, multichannel music embracing hip hop, avant and improvised traditions. His lives in Canterbury, where he runs the annual WINTERSOUND experimental music and sound festival.

He works closely with Evan Parker in their live/studio project Trance Map and Trance Map+ (featuring guests such as Toma Gouband, Peter Evans, Spring Heel Jack and Mark Nauseef); with Ensemble Klang in The Hague (including the albums Music at the Edge of Collapse and Cold Highlife); with the Brussels-based Bl!ndman ensemble and composer Eric Sleichim (including NETWORK, directed by Ivo van Hove and starring Breaking Bad actor Bryan Cranston, as well as Beyond/Behind with soprano Claron McFadden); with Champ D'Action in Antwerp (including the LABO international arts residency); with The Six Tones based in Stockholm and Hanoi; with Ensemble Offspring in Sydney; with CEPROMusic in Mexico City and as guest with the Alexander Hawkins Ensemble (on the record 'Unit[e]'); as well as duo projects with Irreversible Entanglements saxophonist Keir Neuringer (Speak Cities), The Chap's Panos Ghikas (Unrealtime Combat), violinist/composer Roger Redgate (Single Combat) and saxophonist/composer Robert Stillman (The Wheel, BBC Radio 3's Exposure Ramsgate).

His work has been presented at the Sydney Opera House, Le Poisson Rouge (New York), the Muziekcentrum an ‘t IJ (Amsterdam), The Kim Ma Theatre (Vietnam) and Abbey Road Studios, Tate Britain and Tate Modern. He has been commissioned by organisations such as The Huddersfield Contemporary Music Festival (hcmf//) and the MATA Festival (New York), his work being regularly broadcast on radio across Europe, but also including a two-hour focus on his work on the ABC Network in Australia. Reviews of his projects have appeared in the New York Times, the Sydney Morning Herald, Vietnam Today and the Financial Times. He remixed Robert Wyatt's Cuckooland album into a concert-length collaboration with Elaine Mitchener, Tony Hymas and the Brodsky Quartet, and Totem for Den Haag was selected to represent UK new music in Mexico City in 2015. His work is presented on Psi, Migro, Ensemble Klang, Extra Normal and Intakt.

He studied Composition with Richard Steinitz and with Christopher Fox at the University of Huddersfield; with Steve Martland in London, Louis Andriessen, Martijn Padding and Richard Ayres at The Royal Conservatory of the Netherlands and with Roger Redgate at Goldsmiths College, London. Matt is a Professor of Composition and Sonic Art at Canterbury Christ Church University, regularly gives guest lectures across the UK and Europe and is an Associate Researcher at the Orpheus Institute, Ghent.