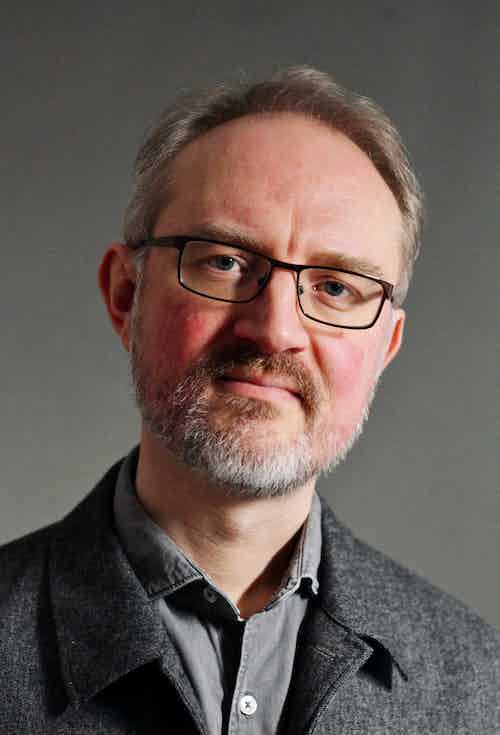 Nicholas is also active as a performer and improviser. He has conducted his compositions at international venues such as Lincoln Center (New York); The National Gallery (Washington D.C.); London’s Barbican Centre; and performed his work as a pianist at venues including Wigmore Hall and Kings Place, London. He has also published various journal articles and book chapters on contemporary music practice in volumes such as Organised Sound (CUP) and Contemporary Music Review (Taylor & Francis). Recent writing includes a book chapter on the role of computer technology in augmenting compositional practice (‘The Composer’s Domain: Method and Material’) and another chapter on vocal performance in Structural Cohesion in relation to pragmatist philosophy (‘Game-show; or The Playful Work of the Voice’), both published in 2021 by Leuven University Press, Belgium.

Nicholas was educated at Oxford University (BA, 1996; DPhil, 2006) and Manhattan School of Music, New York (MM, 1998). He has extensive experience as a teacher and researcher in higher education, having held academic posts in music at St Catherine’s College, Oxford; Trinity Laban Conservatoire of Music and Dance, London; University of East Anglia, Norwich; Anglia Ruskin University, Cambridge and Trinity College Dublin. He is currently an Associate Researcher at the Orpheus Institute, Ghent, Belgium.