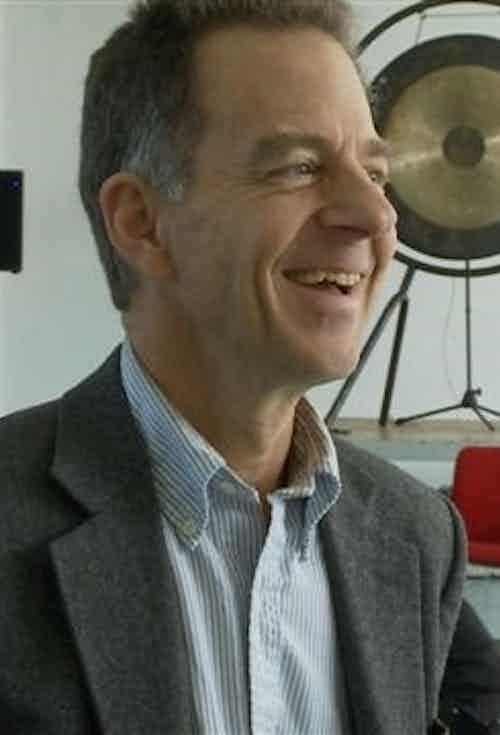 New York born and raised, Nicolas Collins spent most of the 1990s in Europe, where he was Artistic Director of STEIM (Amsterdam), and a DAAD composer-in-residence in Berlin.  He is a Professor in the Department of Sound at the School of the Art Institute of Chicago.  From 1997 - 2017 he was Editor-in-Chief of the Leonardo Music Journal.  An early adopter of microcomputers for live performance, Collins also makes use of homemade electronic circuitry and conventional acoustic instruments.  His book, Handmade Electronic Music – The Art of Hardware Hacking (Routledge), now in its third edition, has influenced emerging electronic music worldwide.