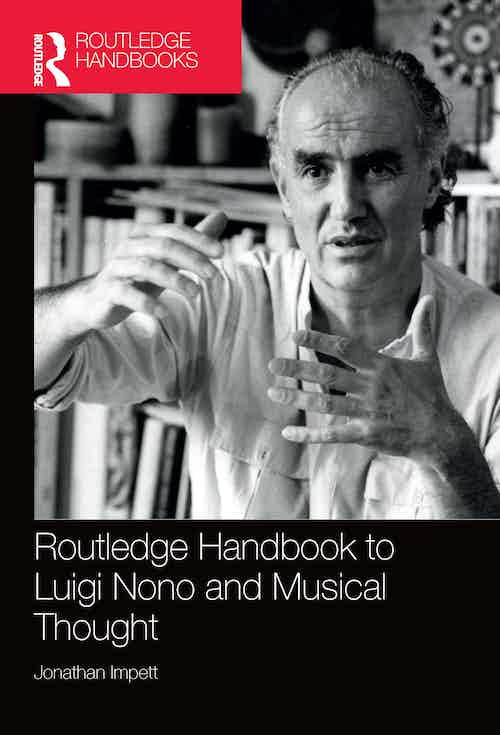 This book by Orpheus Institute’s Director of Research Jonathan Impett presents the evolution of Luigi Nono’s musical thought as a unique instance of artistic research in practice. This groundbreaking monograph is the most complete survey of Nono’s work to date, and the first in English.

Of the post-war, post-serialist generation of European composers, it was Luigi Nono who succeeded not only in identifying and addressing aesthetic and technical questions of his time, but in showing a way ahead to a new condition of music in the twenty-first century. His music has found a listenership beyond the ageing constituency of ‘contemporary music’. In Nono’s work, the audiences of sound art, improvisation, electronic, experimental and radical musics of many kinds find common cause with those concerned with the renewal of Western art music. His work explores the individually and socially transformative role of music; its relationship with history and with language; the nature of the musical work as distributed through text, time, technology and individuals; the nature and performativity of the act of composition; and, above all, the role and nature of listening as a cultural activity. In many respects his music anticipates the new technological state of culture of the twenty-first century while radically reconnecting with our past. His work is itself a case study in the evolution of musical activity and the musical object: from the period of an apparently stable place for art music in Western culture to its manifold new states in our century. Routledge Handbook to Luigi Nono and Musical Thought seeks to trace the evolution of Nono’s musical thought through detailed examination of the vast body of sketches, and to situate this narrative in its personal, cultural and political contexts.

Using the full resources of the Nono Foundation’s holdings in Venice as well as a mass of other archival materials, Impett offers a formidable combination of aesthetic empathy and technical clear-headedness.