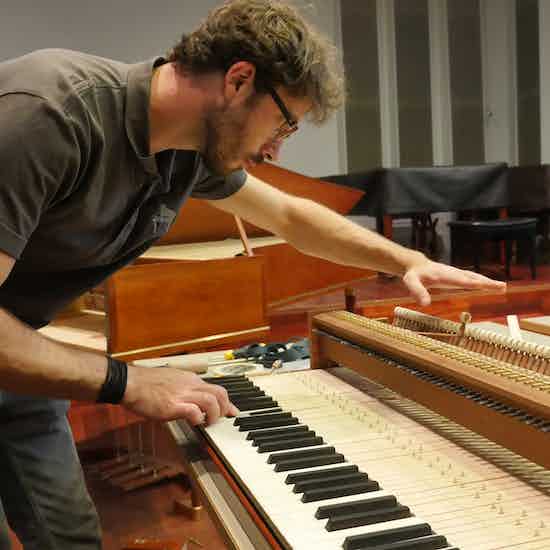 “Better not play it anymore,” Tim Duyck tells me, jokingly. What he means is that it’s time to pack up. We need to stop fine-tuning the piano. In an hour I must go and pick up the van.

Three o’clock in the afternoon. I’m back alone with the Erard in the concert hall of the Orpheus Institute. I have another hour before I can pick up the van from the rental agency. “Better not play it anymore,” Tim Duyck tells me, as he takes his leave. (Tim is the assistant of piano builder Chris Maene.) He had come from Ruiselede to Ghent to do some last-minute work on the action.

This morning I still cursed myself for having planned to fine-tune the piano so close before departure time. Somehow I had thought that the later we took care of any technical problems, the higher the chance the piano would keep behaving throughout the tour. In hindsight, I lived dangerously.

Two days ago, Chris and Tim had made what was intended to be a final service call. They responded to my wishes—well, they’re more musings: what if this was different; what if that could be improved? My playing was fine: I’d played the pieces on the piano at different stages of its six-year-old life—but more recently there also had been a nagging thought: how did the piano behave and feel when it was still new?

Novelty is an evasive concept. Weeks ago Chris and I decided—together—that re-leathering the hammers wouldn’t be worth the risk. The sound would be “newer” indeed—but also duller. Still, I personally love the stage in the life of a piano action, when sounds are still always beautiful and never aggressive. It brings the best musician out of me—or at least, so I like to think, because there’s contradiction here: we want to be able to portray all emotions, including the not-so-nice ones. On the Erard, however, it’s always been its delicate sonorities that have been most impressive—qualities I’ve come to associate with a French piano. A French piano always sings, either with soft or loud voice, but it never shrieks; while on Viennese pianos, it’s more acceptable for speaking to occasionally shift to shouting. (Think of all those sforzandi in Beethoven’s early keyboard music.) 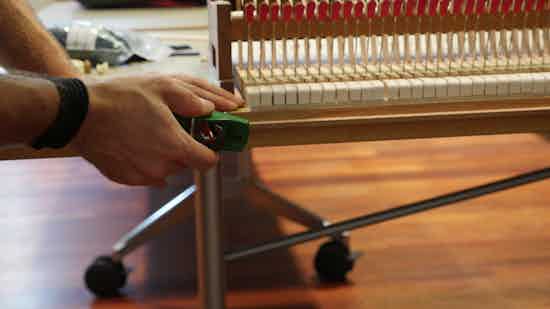 Two days ago, Chris Maene and Tim made what was intended to be a final service call. 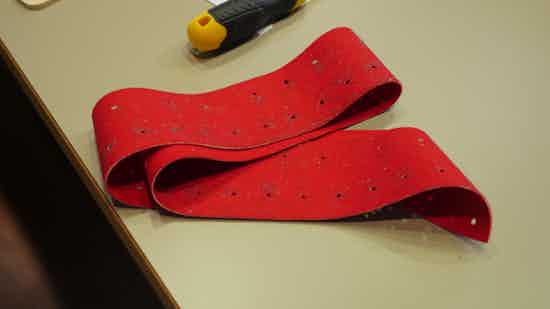 I had texted Chris: “There’s no after-touch anymore: the cloth under the front of the keyboard must be worn-out.”

During the past few days, however, the decision not to re-leather has come to haunt me. Nearing the end of two weeks of practicing repertoire that I know very well, there has been a perception of wear and tear. I’d swear I’d brought the sound over the edge. Every day, every hour, I imagined those three grooves in the leather (an imprint of the strings the hammer hits) getting tighter and tighter, forcing my ears and fingers to accept an almost Viennese-like kind of directness that has moved away from the French lusciousness I’ve come to expect. 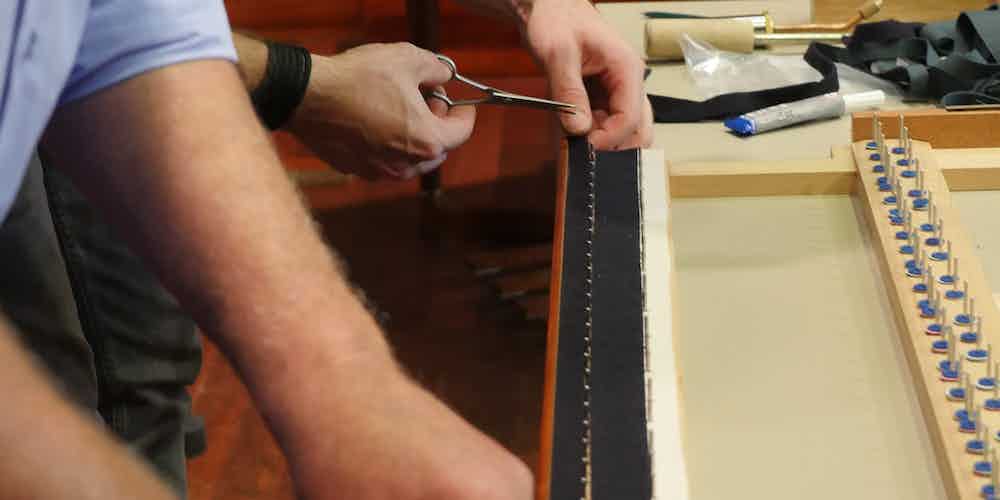 Turned out I was right. Chris brought a new piece of cloth—“more certain to retain its elasticity." Would it restore the bounciness I used to enjoy so much in the Erard keyboard?

I texted Chris that I thought I’d discovered what bothered me. (I always try and propose a technical hypothesis rather than just ask, “Please, help me.”) Not second-guessing our decision not to re-leather, I instead looked for answers in touch, including the psychology of touch. I hypothesized: “There’s no after-touch anymore: the cloth under the front of the keyboard must be worn-out.” I reasoned that this resulted in less desire to extend that downward motion of my finger on the key, essentially “viennicizing” my touch. This somehow helped in the more virtuosic passages of “Waldstein” (the octaves in the Andante favori or the episodes in the final rondo), but I also felt pushed into faster tempos than I remember, and I crucially missed what I’ve called “bounciness” in the “Waldstein,” but also in the cantabile sections of Steibelt Op. 64.

Turned out I was right. Chris brought a new piece of cloth—“more certain to retain its elasticity,” he said. Taking out the old piece of cloth confirmed my suspicion. The front part of it, where the keys hit the wooden key-bed, had considerably tightened over the years, having endured many hours of playing and many kinds of touches by students, colleagues, and myself.

But Chris noticed something else: the “lost motion” was too large for many keys. It takes too long for the key to start engaging the pilote. This means you can press down the key before anything really happens, and while slow motion is expected in an English-style action (more than a Viennese action), too much is too much.

I didn’t react: he must be right. But I secretly fought the thought that this particular aspect hadn’t bothered me while playing. Here’s psychology again, but now of the really subjective kind. We adapt to the circumstances, including the wrong ones, and readapting to “correct” ones may cause stress.

Sure enough, yesterday, when I again had some alone time to practice, I felt confused. Yes, I happily recognized the bounciness of the keys from long ago, but somehow my ears didn’t reconcile this physical bounciness with the unchanged sound, which hit my ear just as directly as before, creating in my mind a clash between sound and touch. 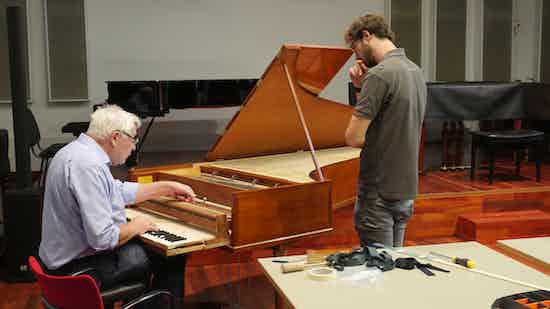 But Chris noticed something else: the “lost motion” was too large for many keys. It takes too long for the key to start engaging the hopper. 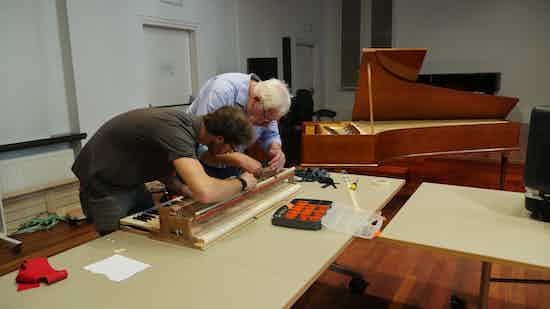 While some slow motion is expected, too much is too much.

As I debated whether to let go, one non-functioning key in the bass (a hopper that didn’t want to fall back after escapement) came to the rescue, giving me a reason for an emergency call, and Tim returned to Orpheus, today. Turns out we had gone a bit too far in our attempts to get rid of lost motion. Some keys needed backtracking. Believe it or not, a few keys over the five-and-a-half-octave keyboard are sufficient to disturb a pianist’s overall confidence. Backtracking here meant removing one or two of those little paper washers Chris and Tim had added around the balance pins, restoring a bit more space between hopper and hammer butt.

Along with those keys, I relax again. No more playing. I’m ready to pack up and leave. 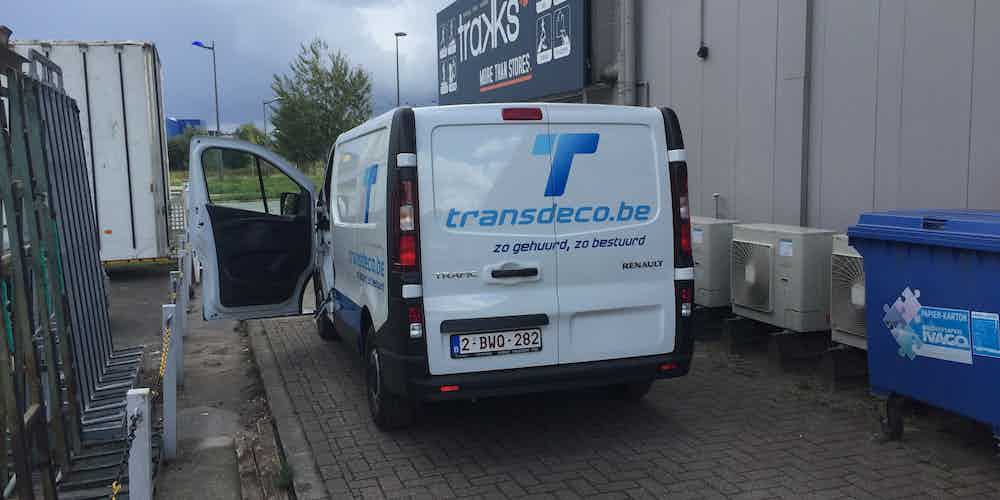