The day of an evening concert is usually spent reassuring oneself that everything’s under control. Today this includes something I’ve had to do several times in the past: I lubricated a particular screw. It’s the one holding the rod of the second pedal, the damper pedal. Not that its squeaking noise would be too much of a distraction: unlike modern pianists, I don’t use the damper pedal constantly. And if I do, it’s always for long stretches. Still, no squeaking is better than squeaking. 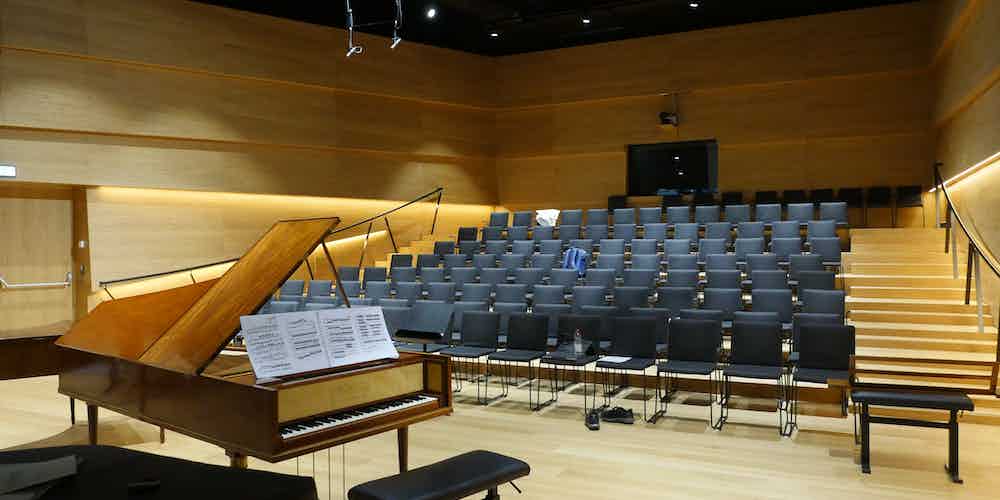 Since all conference events take place in the same hall, we could move the piano after the afternoon session only, less than three hours before the concert.

At some point during the day, ritual takes over: I need to rest (four hours before), to tune (two hours before), and to focus (one hour before, away from the piano, alone with my scores). This scenario assumes, however, that the piano has been in the concert room for at least a day. Today, compromise was necessary. Since all conference events take place in the same hall, we could move the piano after the afternoon session only, less than three hours before the concert. The alternative was to put the piano in the hall immediately, but then there would have been no chance for me to practice. 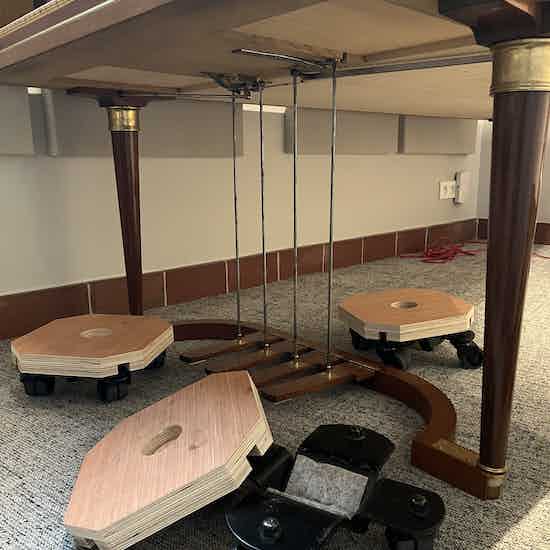 I came prepared: I brought three wheels to put under the Erard’s legs. These allow us to simply roll the piano standing up. Still, the pedal board is delicate, so it’s safer to take it off.

I came prepared: I had three wheels to put under the Erard’s legs, allowing us to roll it standing, rather than turning it on its side, screwing off its legs, and going through all the motions of a regular move. Still, the pedal board is delicate (it hangs from the rods rather than sitting on the floor), so it’s safer to take it off altogether. With every new assembly, however, there’s the renewed risk of a squeaky noise when pedaling: some screw or lever that decides to be heard. Clearly, Erard Frères did not design their piano en forme de clavecin to be moved too often.

Tuning for one’s own concert makes for peculiar psychology. Because the tuning becomes an integral part of one’s performance, one wants to feel proud. But there’s also the risk of fatigue—both physically (it’s rough on the hands) and mentally (the sheer concentration). Still, the first tones of a well-tuned (and -tempered) keyboard can catapult one into a very fine performance. I remember exactly such an experience from my performance at the Berlin Instrument Museum back in May 2022. This experience came on the heels of a bad one with a professional tuner, so there possibly was an element of vindication.

Not so today. The tuning was OK, but certainly not excellent, nor did I feel confident about how my sound projected in the hall. Normally, I try at least three different positions on stage, looking for one I really like. Ideally, I have someone listen as well—someone I trust. Unfortunately, none of that could happen. 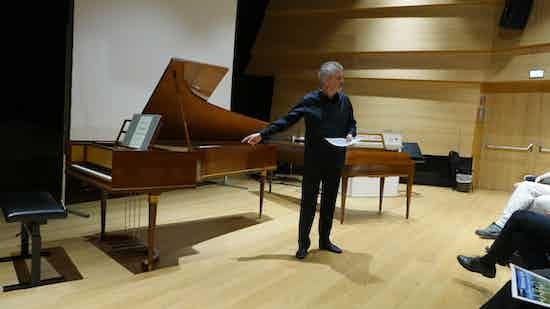 Opening the program is Daniel Steibelt’s Grande sonate Op. 64. It allows me to demonstrate the fantastic array of effects that may be drawn from the instrument through the use of the pedals. 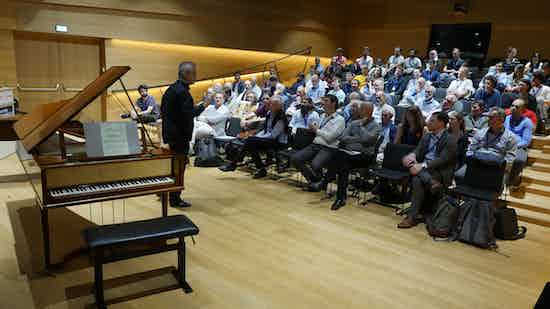 And the piece helps contextualize my performance of Beethoven’s “Waldstein” Sonata, Op. 53.

These logistical insecurities affected my experience of playing Daniel Steibelt. For the exercise to work, I need to act him out to the fullest. As my mind wandered to all those other issues, I lost touch with my character and started projecting my own doubts—is this music any good?—onto my listeners. My intent, on the contrary, had been to divert the attention from the “what” to the “whom,” and to demonstrate how Steibelt the pianist was capable of drawing a fantastic array of effects from the instrument. (If only he knew when to stop: even without repeats, his Op. 64 Sonata takes 35 minutes!)

But then, there’s Beethoven’s Op. 53 to compensate. Even if I play a longer version of the sonata than what’s known, there’s no self-consciousness about quality. 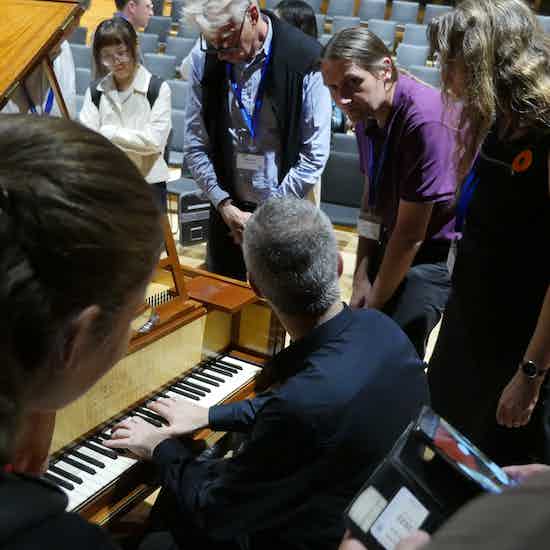 Comments and questions by an international group of instrument researchers kept coming.

The response was overwhelming. Rarely have I felt such combined presence of expertise and curiosity—precisely the kind of audience capable of appreciating the technesthétique of it all. (For this term, see Charles Shrader in Keyboard Perspectives 13.) And this not just of Steibelt, but also of Beethoven. Comments and questions by an international group of instrument researchers just kept coming. Everyone seemed intrigued by the coloristic possibilities of this mechanical machine. Setting the scene with techno-savvy Steibelt was a good strategy after all. 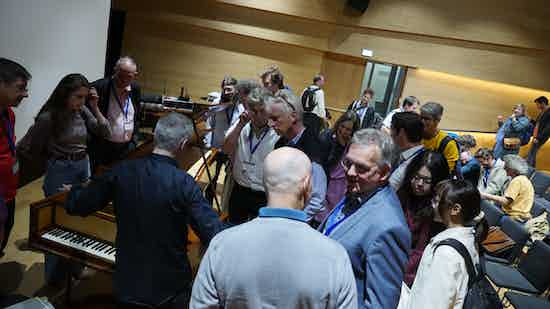 Everyone seemed intrigued by the coloristic possibilities of this piano en forme de clavecin. 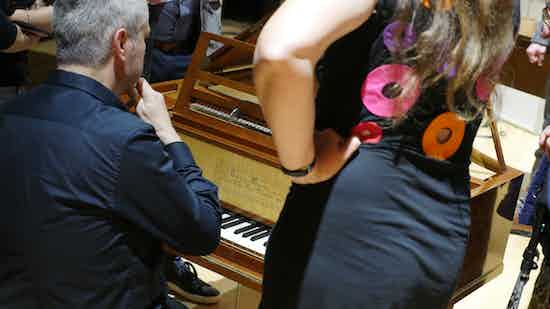 Photos of concert by Timo Grothe