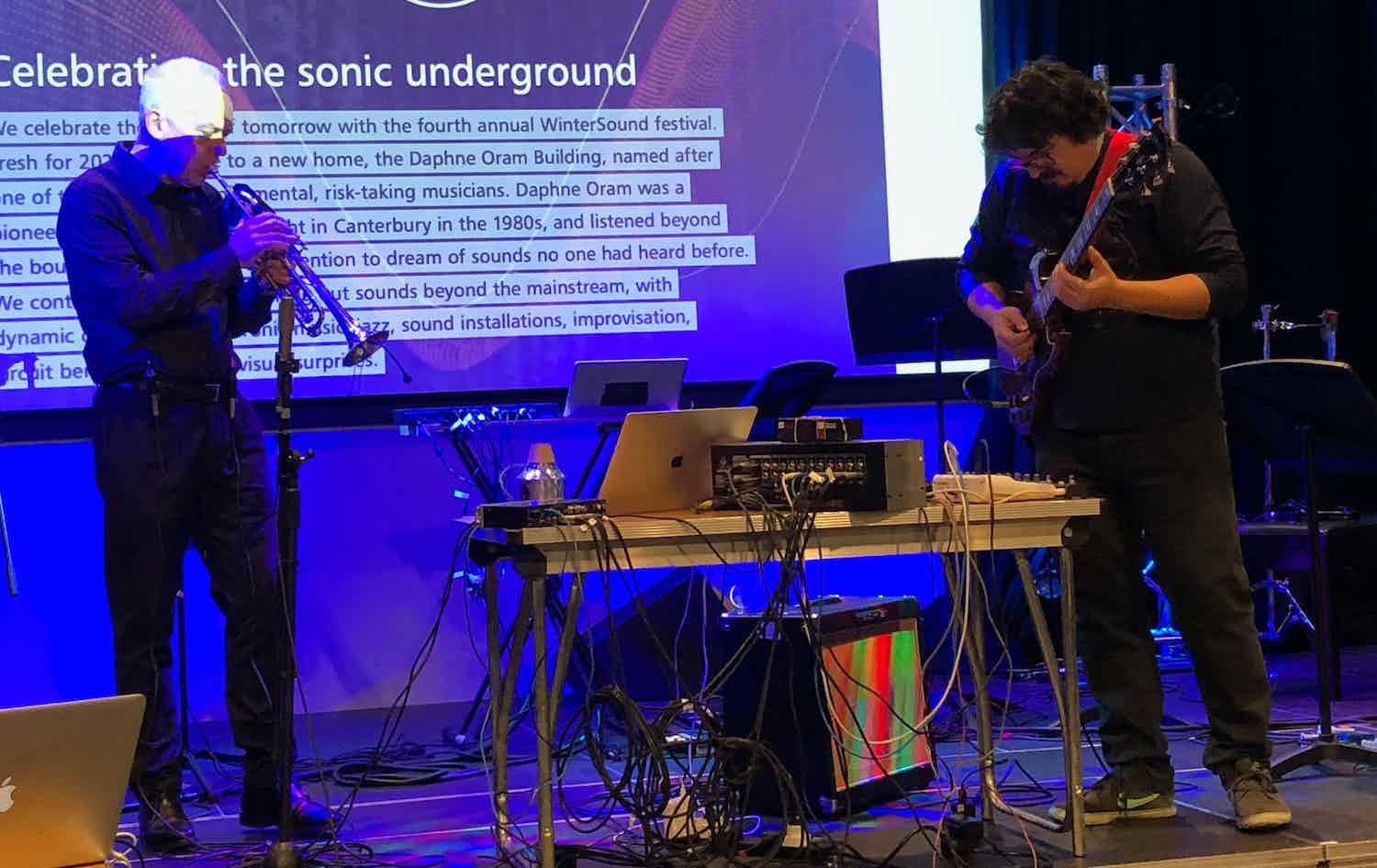 Jonathan Impett and Juan Parra Cancino from the 'Music, Thought & Technology' research cluster are invited in the US at the end of the month for several presentations and performances.

This performance aims to merge Parra's work on "Timbre Networks" with Impett's research on the use of A-Life to design interactive environments for electronic music performance. We aim to address the terms and definitions of complex systems as a metaphor for structuring improvisation. We are looking at the notion of complex systems from two perspectives: From the perspective of network architecture, where actors and acting agencies are articulated as nodes and threads. In this approach, particular structures determine the connections and interdependences between nodes and the potential affordances of connecting multiple nodes, and, As A-Life, where we focus on the inner nature and behavior of the actor-nodes themselves: Phenomena such as recursivity, decay and acceleration are then embodied as primary musical behaviours. In this view, network architecture becomes an emergent (musical) structure. The interaction and affect/effect of the resulting friction between these simultaneous perspectives unfolds itself as the network, and the performance.