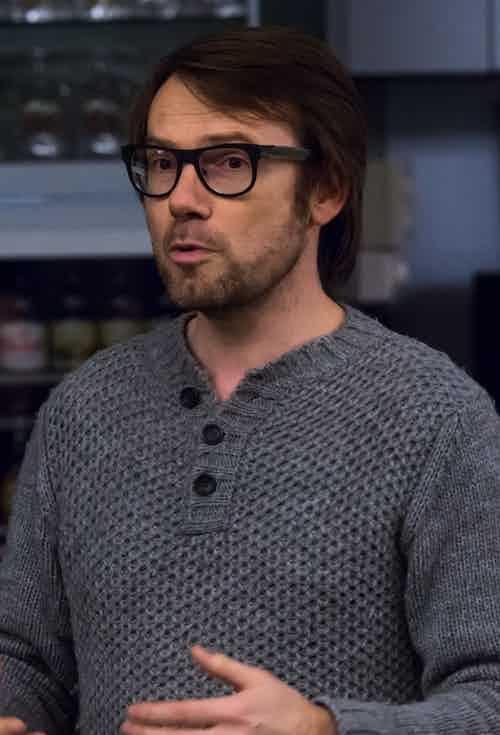 Paul Craenen (°1972) is a composer, researcher, lecturer and music curator. He is currently director of Musica, Impulse Centre for Music. He has previously undertaken artistic research at the Orpheus Institute in Ghent, taught piano and experimental music at several music academies in Belgium and has been a guest lecturer on intermediality at Amsterdam Conservatory. He studied piano and chamber music at the Lemmens Institute in Leuven and received a PhD from Leiden University (2011) for an artistic research on the status of the performing body in contemporary composed music. A translation of his doctoral thesis has been published by Leuven University Press (2014)  under the title “Composing under the Skin. The music-making body at the composer’s desk”. In 2012, he became artistic director of Musica, a Flemish art organisation for art education, development and participation. In early 2018 he became appointed as Lector Music, Education and Society at the Conservatory The Hague.