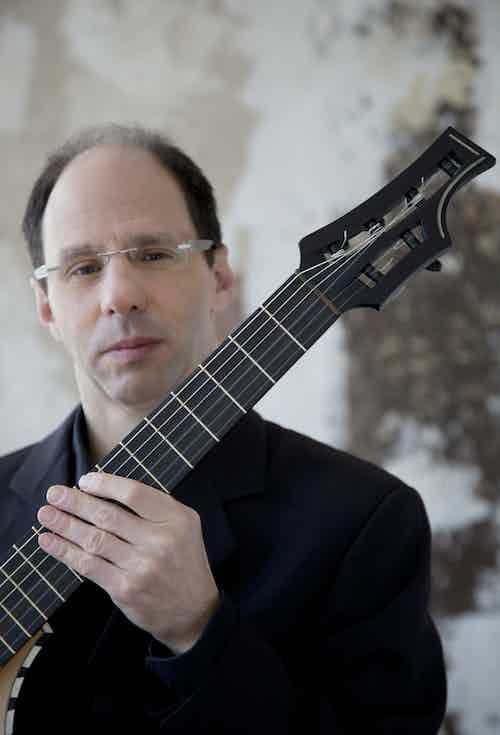 Seth Josel has become one of the leading instrumental pioneers of his generation. After acquiring his Bachelor of Music degree at the Manhattan School of Music Seth Josel enrolled at Yale University and earned the Master of Music, the Master of Musical Arts and the Doctor of Musical Art degrees. His teachers included Manuel Barrueco and Eliot Fisk. He is recipient of numerous awards and prizes including a Fulbright-Hays grant from the United States government and the Artists Stipend from the Akademie Schloß Solitude, Stuttgart. As ensemble player and soloist he has been involved in the first performances of more than one hundred works. He has collaborated and consulted closely with such composers as Mauricio Kagel, Helmut Lachenmann, Tristan Murail, and James Tenney. He has concertized throughout Europe as well as the US, Canada, Israel and Japan, and he has been a guest performer with leading orchestras and ensembles, including the New York Philharmonic, the BBC Symphony Orchestra, the Southwest German Radio Orchestra, La Monnaie, Berliner Philharmoniker and the Schönberg/ASKO Ensemble of Amsterdam. From 1991 till 2000 he was a permanent member of the musikFabrik. In recent seasons he has been guesting regularly with KNM Berlin, Ensemble SurPlus as well as with the Basel Sinfonietta. He is a member of the Amsterdam-based electric guitar quartet, Catch. Josel has appeared as a soloist at several major European festivals including Salzburger Festpiele, Donaueschingen, Huddersfield, MaerzMusik, and musikprotokoll. In addition to his 3 solo CDs featuring American music (New World Records, CRI, O.O. Discs), he has recorded with Ensemble Musikfabrik NRW, the DSO Berlin, Rundfunksinfonie-Orchester Berlin, Rundfunk- Sinfonieorchester Saarbrücken, ASKO/Schönberg Ensemble, and Champ d'Action. He also recorded Berio’s “Sequenza XI” for the complete “Sequenza” cycle released on Mode Records as well as Peter Ablinger’s “33-127”. He is the co-founder of www.sheerpluck.de, a website database dedicated to the contemporary guitar literature, and he is the coauthor of The Techniques of Guitar Playing published by Bärenreiter Press.