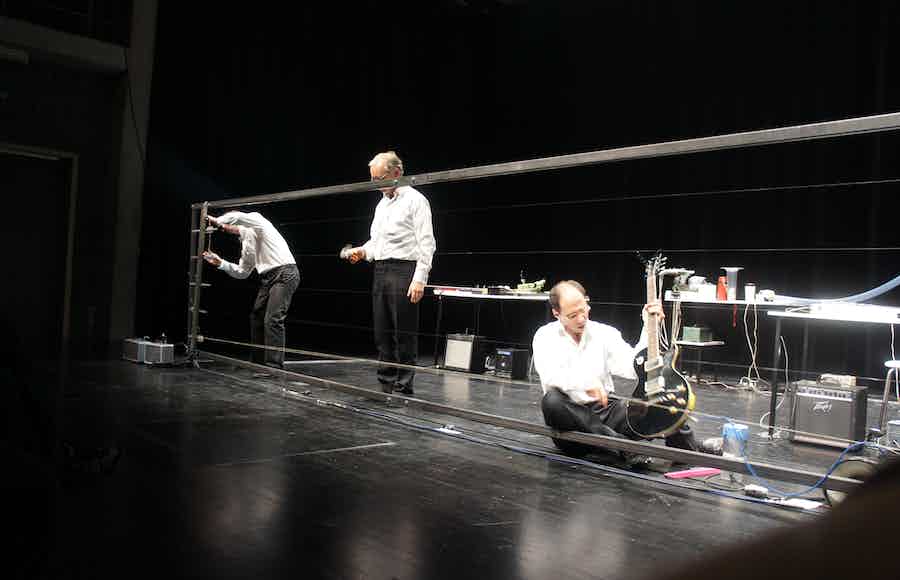 The HIPEX project traces, reconstructs, and documents historical practices in the performance of experimental post-WWII compositions, deepening our understanding of the role of the performer in the establishing of new repertoire and new performance aesthetics.

The second half of the 20th century saw an exploration of performance practices that was both radical and systematic. The full investigation of extended techniques for each instrument, the decisive pushing of the limits of playability to beyond what’s physically possible, the ruthless questioning of every aspect of traditional notation, the development of new ways to music together, and the position of technology in all of this, impacted performance practice in its diversity as well as fundamentally. This innovation wasn’t always the sole result of composers’ impulses: often, historical performers were directly involved in putting authorial thoughts onto paper, sometimes helping to create new performance practices and starting new traditions. Even a new type of performer emerged: the expert soloist who travels the world to work with composers and premiere and record new compositions dedicated to him. The HIPEX project is set up to scrutinize and document the position of such musicians with respect to the composers they worked with and the scores they played, as well as their influence on the performance practice of the works that they premiered and disseminated, and issues of performance practice of specific iconic works. Next to repertoire, personalities will be researched as well as types of collaborations they were/are engaged in.

Case studies include Mauricio Kagel’s own performance practice of Ludwig van, reconstructions and completions of the compositions and performance practices of his Tactil and Unter Strom, Lachenmann’s Salut für Caudwell, early live electronics, and the personal legacies of particular historical performers. For the purpose of experimenting with the performance practices, as well as to help disseminate the HIPEX project findings, a unique ensemble is established – the O.E.M. Consort (Orpheus Experimental Music Consort). This ensemble is a world-wide first in that it consists of artistic researchers that go out into the world to perform their newly established research outcomes. The ensemble will perform in and outside of Flanders, complementing the existing new and early music ensembles.