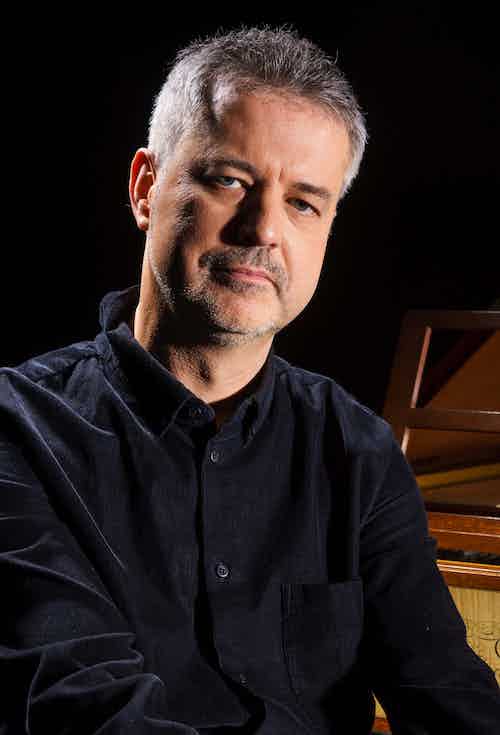 Tom Beghin has been at the forefront of a new generation of interpreters of 18th- and early 19th-century music.

His discography features Beethoven, Mozart, Haydn, Moscheles, C.P.E. Bach, Mendelssohn, Zelter, Schubert, and Clementi.  He has published in journals such as Keyboard Perspectives, 19th Century Music and Haydn Studien, and in collections such as Haydn and His World, The Cambridge Companion to Haydn, or The Oxford Handbook of Topic Theory.  With classicist Sander Goldberg he edited Haydn and the Performance of Rhetoric, winner of the 2009 Ruth Solie Award from the American Musicological Society.  In 2015 The University of Chicago Press published his monograph The Virtual Haydn: Paradox of a Twenty-First Century Keyboardist.

Recognized for his expertise in eighteenth-century music, he is frequently invited to give concerts, workshops and lectures throughout North America and Europe. In 2013 he inaugurated the first replica of Beethoven’s 1817 Broadwood piano at the Concertgebouw in Bruges and the Beethoven-Haus in Bonn, playing among others Beethoven’s “Hammerklavier” Sonata, Opus 106.  In 2004 the Haydn-Institut inducted him as a member.  Released by Naxos on Blu-ray (2009) and CD/DVD (2011) is a complete recording of Haydn’s solo keyboard works, performed on seven different types of instruments in nine “virtual rooms.”  Hailed as “one of the most audacious recording enterprises in recent memory” (blu-ray.com), The Virtual Haydn was nominated for a 2011 Juno for “Music DVD of the Year.”

He is presently focusing his artistic research on the piano works of Ludwig van Beethoven and the intersection of technology and rhetoric.  Tom Beghin studied at the Lemmens Institute in Louvain, Belgium (with Alan Weiss), at the Musik-Akademie in Basel, Switzerland (with Jean Goverts and Rudolf Buchbinder), and received his doctoral degree with fortepianist Malcolm Bilson and musicologist James Webster from Cornell University (Ithaca, New York).  He served on the faculty at the University of California, Los Angeles, was a fellow at the National Humanities Center (North Carolina), and was Associate Professor at the Schulich School of Music of McGill University (Montreal, Canada).  Prof. Beghin has served on the board of directors of the Westfield Center for Historical Keyboard Instruments and of CIRMMT (Centre for Interdisciplinary Research in Music Media and Technology).