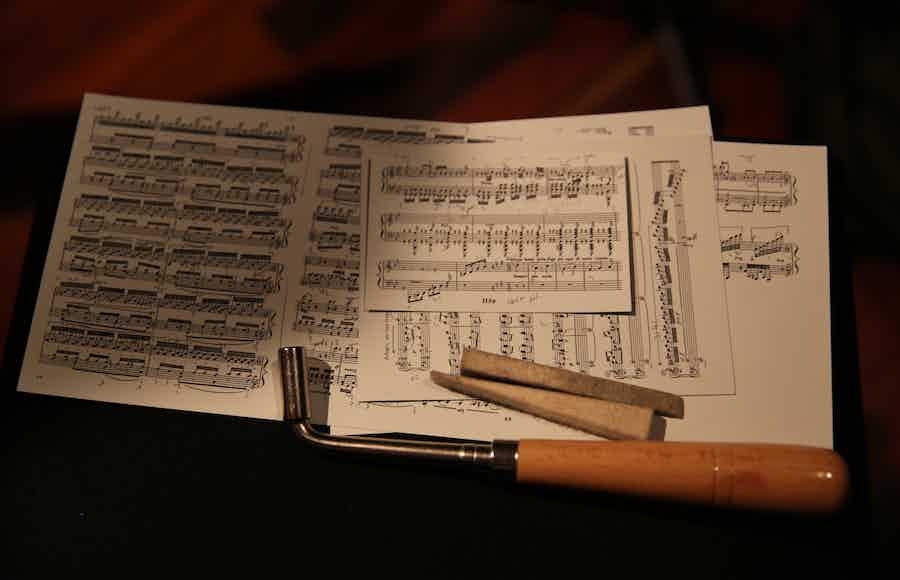 “Haydn, the orator; Beethoven, the philosopher.” These labels have their roots in early 19th-century music criticism.  They encapsulate a paradigm shift between an old way of thinking about music as a rhetorical act and a new view of the musical work as independent art. As we perform repertoires by various composers of 1750–1850, we place ourselves at the traditional end of this shift, and focus on rhetorical instinct even in a composer as socially isolated as Beethoven.

This means, however, to expand notions of interactivity.  Beethoven may have been notoriously bad with people, but because of growing deafness became all the more alert in his responses to things or technologies. Conversely, Haydn’s music was successful at creating social interaction precisely because of his sensitivity to concrete environments and things.

What does it mean, for example, for four men to be seated around a quartet table, and how can an in-character reconstruction of such a set-up help revive specific qualities of a Haydn quartet?   When Beethoven had a hearing machine built to go on top of his Broadwood piano, how did this new environment affect his creative process? Can we gain by a multi-sensorial, disability-driven experience of Beethoven’s late piano music?

Absolute premise is the performance on historical instruments—newly built.  The new construction of some specific types of keyboards—to fill crucial gaps in our knowledge of the past—happens in partnership with the Early Keyboard Workshop of Pianos Maene (Ruiselede, Belgium).  Engaging technology, but resisting teleology, our artistic research revisits familiar scores and explores unfamiliar ones to tell real stories of men, women and their instruments in a period that we so reverently—but stiflingly—call “classical.”

The cluster currently consists of five Doctoral Researchers, one Post-Doctoral Researcher, and two Associate Researchers.  Projects include: Beethoven and his Foreign Pianos; From Avant-gardist to Classic: Carl Czerny and Franz Liszt interpreting Beethoven 1827–1857; Rewriting for the Salon: A Practice of Arrangement for Accompanied Piano; The Twenty-first Century Salon: Innovation and Tradition; Composing for the Fortepiano: Idiosyncrasy and Historicity; Time Flexibility in Beethoven’s Piano Sonatas; In the Making: François Xavier Tourte and l’archet de Viotti.

This research group is partly supported by Fund Baillet Latour.