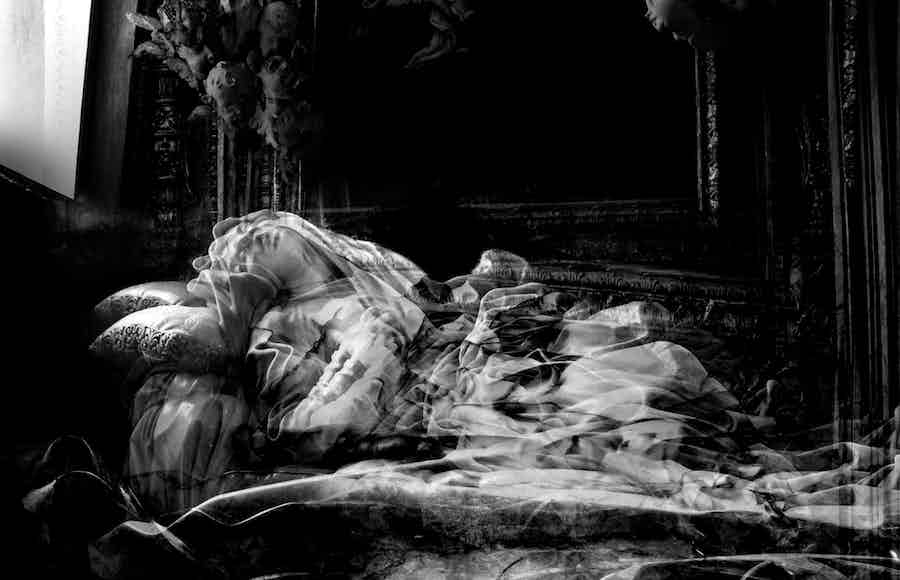 The installation/performance A Bernini-Machine is a musical transposition and problematization of Gian Lorenzo Bernini’s sculptured complex Beata Ludovica Albertoni (Rome, 1674). Beata Ludovica can be considered as an “installation” ante litteram, due to its interweaving of sculpture, architecture, painting, and light, whereby Bernini explores a radically open-ended conception of art while still accepting the constraints of a traditional sculpture set.

This project, blending performance and installation through an exploration of multiple temporalities and an intertwining of computer-generated and live-performed sounds, creatively appropriates some of Bernini’s processes to produce an intersection of musical multiplicities. By transposing into music some central elements from Beata Ludovica (such as the window through which the statue is illuminated, the relationship between sculpture and architecture, the friction between anatomic constraints and passional body), I aim to produce a musical experience where several layers of perception intersect, and open-endedness, unpredictability, and dynamicity come to the fore.