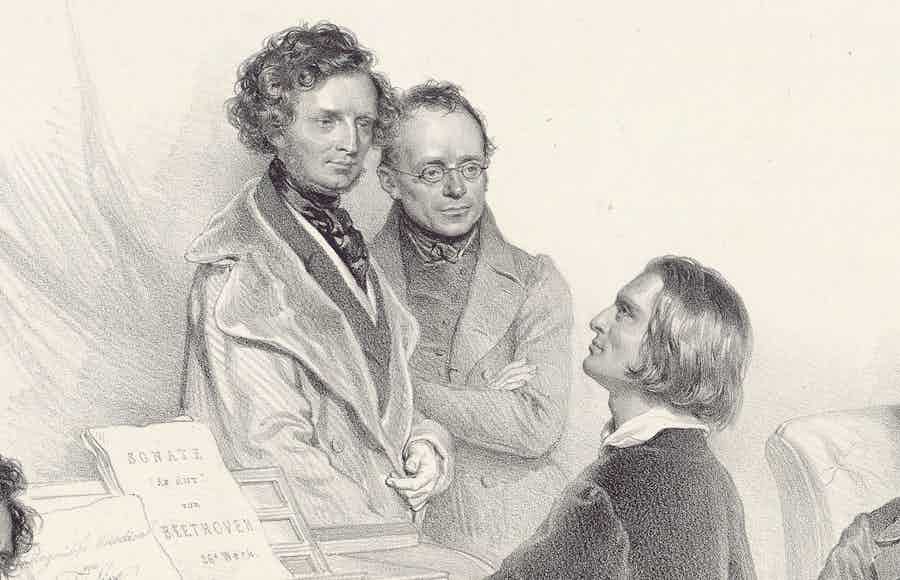 During fourteen months in 1822–23, Carl Czerny was Franz Liszt’s piano teacher. Legend has it that Czerny introduced the 11-year old Liszt to Ludwig van Beethoven. A personal connection between Beethoven and Liszt may never have existed, but Liszt used the alleged story of a Weihekuss (“consecration kiss”) to endorse his eventual authority as a Beethoven performer, advocate, and editor.

In my research project, the teacher-student relationship of Czerny and Liszt serves as a starting point to study their decades-long connection as colleagues: both became “Beethoven experts,” sharing a life-long engagement for the composer. Exploring the nature of their relationship with Beethoven, the following aspects are at the center of my investigation: Czerny’s 1839 piano treatise op. 500 with the famous appendix “On the Proper Performance of all Beethoven’s Works for the Piano”; Liszt’s introduction to audiences of hitherto unknown Beethoven repertoire in Paris 1836–37 and Vienna 1846; and, finally, Liszt’s 1857 edition of Beethoven’s piano sonatas.

These focal points in Czerny’s and Liszt’s commitment to familiarize European audiences with Beethoven’s piano music will raise questions about their artistic interdependencies. To what extent did Liszt continue to draw on Czerny’s teaching after departing for Paris in 1823? Conversely, did Czerny receive impulses from his former pupil as the latter transformed into an international piano star? What binds or separates their approach to Beethoven’s music? Did it reflect shared ideals, or rather differing convictions?

In order to answer these questions, I will adopt artistic research methods such as re-enactment and embodiment, informed by both Czerny’s and Liszt’s instructions and accounts of their playing, and using technological tools of the time—such as the pianos of the companies Streicher in Vienna and Boisselot in Marseilles.