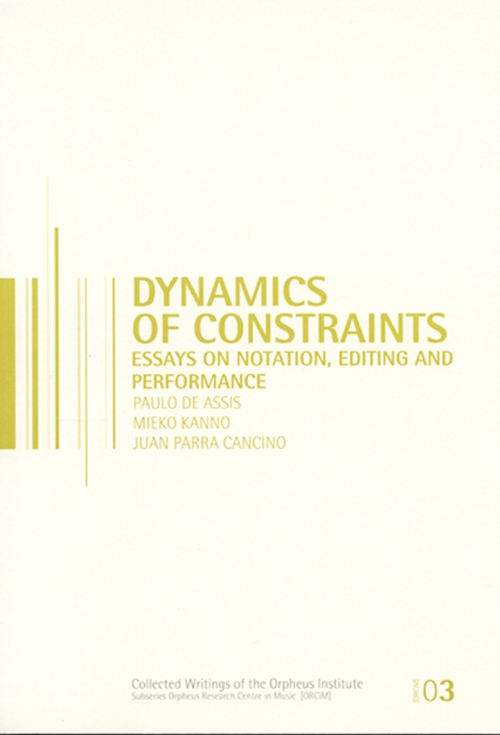 Essays on Notation, Editing and Performance

The three essays of Dynamics of Constraints express some fundamental issues addressed by ORCiM’s research group ‘the musician’s relation to notation’. Paulo de Assis argues that critical editions should generate critical users, advocating for a new kind of editor and performer; Mieko Kanno’s contribution reflects the rapid expansion of the use of electronics in contemporary music, stating that every new work creates an original compositional environment, where the performer’s movement-sound co-ordination is given a new significance, while Juan Parra Cancino points towards a kind of composition, where both the performing and the listening experience don’t aim to achieve a 'final' version of the piece – an entity that might ever manifest.