Time to pack up again. I can’t believe it’s been one week already. Loading the van for the third time now, I find myself capable of giving clear directions to three new people enlisted to help me—with many thanks to Agnés Széll from the Concert Office, who organized it all. I’m off to Romania. 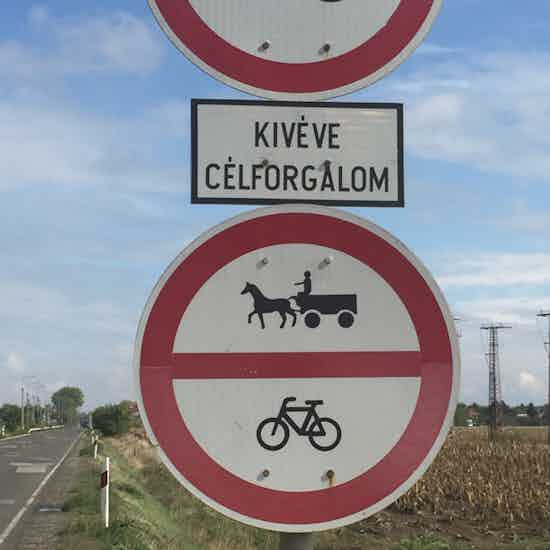 “At Erard’s time pianos were moved with carriage and horse,” Chris had texted me, telling me not to worry too much. When I saw this Hungarian road sign, I had to stop and take a photo: “No horses and carriages allowed!”

Yesterday, as I fine-tuned my plans for this next leg of the trip, I asked Chris if it’s OK to leave the piano in the van overnight after arrival, as the organizer was proposing. The weather forecast for Cluj-Napoca was 9 degrees Celsius. Chris responded laconically: “At Erard’s time, pianos were moved with carriage and horse.” Meaning: “Don’t worry too much!” This response is not just reflective of Chris’s sense of humor. Time and time again, he has reminded me that pianos, as things he has painstakingly built, are just that: things. Once, someone who had no idea about properly shifting the piano moved our Erard on the Orpheus Institute stage. Result: some rods of the pedals got twisted and bent. Chris’s response had been just as laconic: “If we can make it, we can fix it.” On the bumpy roads southeast toward the Romanian border I had to stop and take a photo of a road sign in Chris’s honor: “No horses and carriages allowed.” 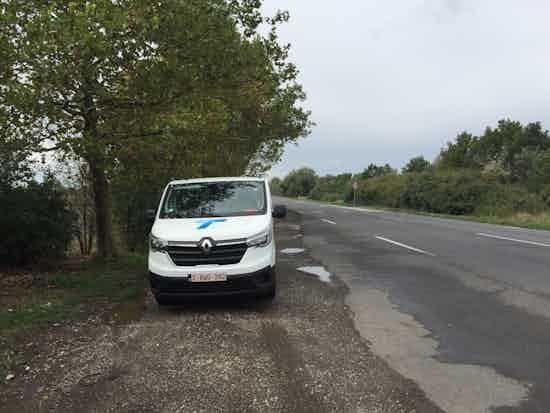 From the flat but bumpy roads in Eastern Hungary... 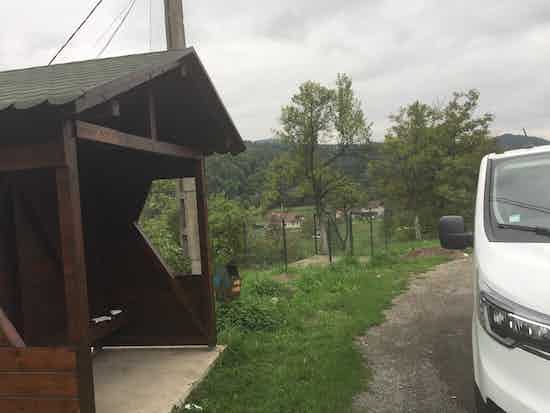 to the mountainous and curvy ones as I enter Romania.