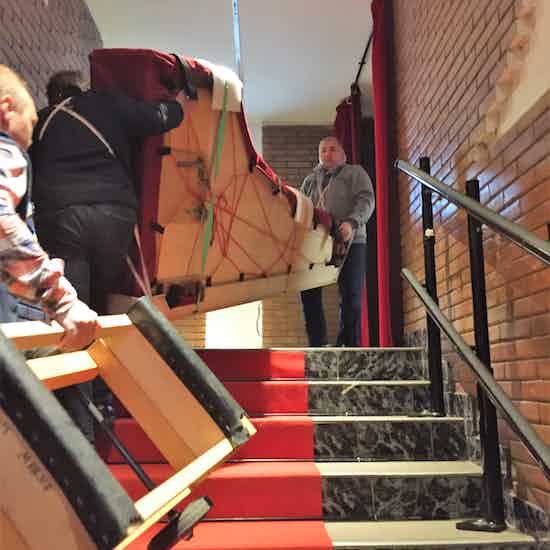 “We do this the Romanian way,” the stage manager said, taking control. A big, strong man, he strapped himself in, and started carrying the piano with sled all the way up.

There’s a misunderstanding. I was to start teaching at eleven a.m. No way can I be ready. We brought the Erard into the recital hall first thing this morning, which on a Sunday meant half past nine. The stage manager from the Transylvanian Philharmonic came to help. “We do this the Romanian way,” he said, taking control. A big, strong man, he strapped himself in, and started carrying the piano with sled all the way up the staircase to the recital hall!

Luckily, Silvia Sbârciu, organizer of next days’ events, who in addition to being a piano professor at the Academy is also the director of the Transylvanian Philharmonic, was flexible. All it took was a new announcement on Facebook to shift my teaching to Monday.

But there was another problem. Gheorghe Dima National Academy’s six-octave Viennese fortepiano was still in another room. Getting it ready to perform by tomorrow, next to the Erard on stage, would be near impossible too. Piano technician Joszef Albert backs me up: the piano needs at least two rounds of tuning. 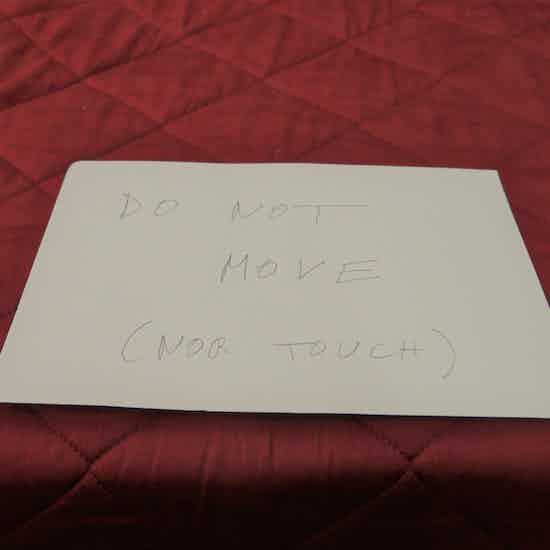 We propose having the Viennese portion of the masterclass where the piano is—in a practice room that clearly has had its days of glory. But the instrument is surprisingly good. It’s Bohemian-made, by a certain Adalbert Stabernack, Viennese-style, ca. 1820. (I haven’t been told who restored it, but the work must have been excellent.)

Today, the Romanian spirit for improvisation suits me very well. I get an afternoon free and can do some sightseeing! After meeting up with Silvia for a lovely lunch (there are lots of good restaurants in downtown Cluj), I hook up with Christophe Alvarez and his family. Georgiana, like Christophe, is a pianist on the faculty of the academy and was born and raised in Cluj. Or should I say, Kolozsvár (as my Hungarian friends insisted I call it), or Klausenburg (as it was known under the Habsburgs), or its full official name Cluj-Napoca (after the communists in 1974 added a pre-Roman settlement’s name)? Clearly, there’s complex history. We stroll from the gothic St. Michael’s Church on the main square to the twentieth-century orthodox Theotokos Cathedral, near the National Theatre. But it’s Georgiana’s family stories—triggered by several sights along our walk—that affect me most: clearly again, the Ceaușescu years run deep in this major university town. 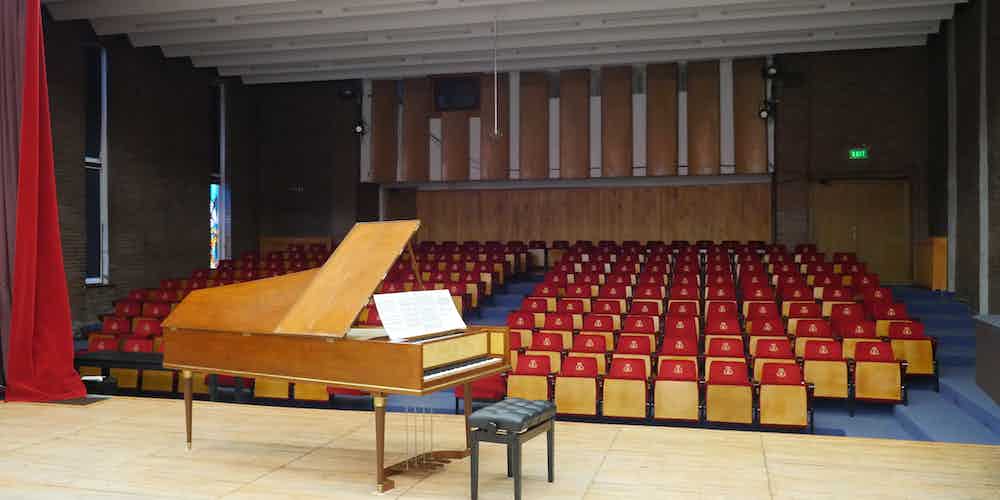 My home for the next day or two: the recital hall of the Gheorghe Dima National Academy.