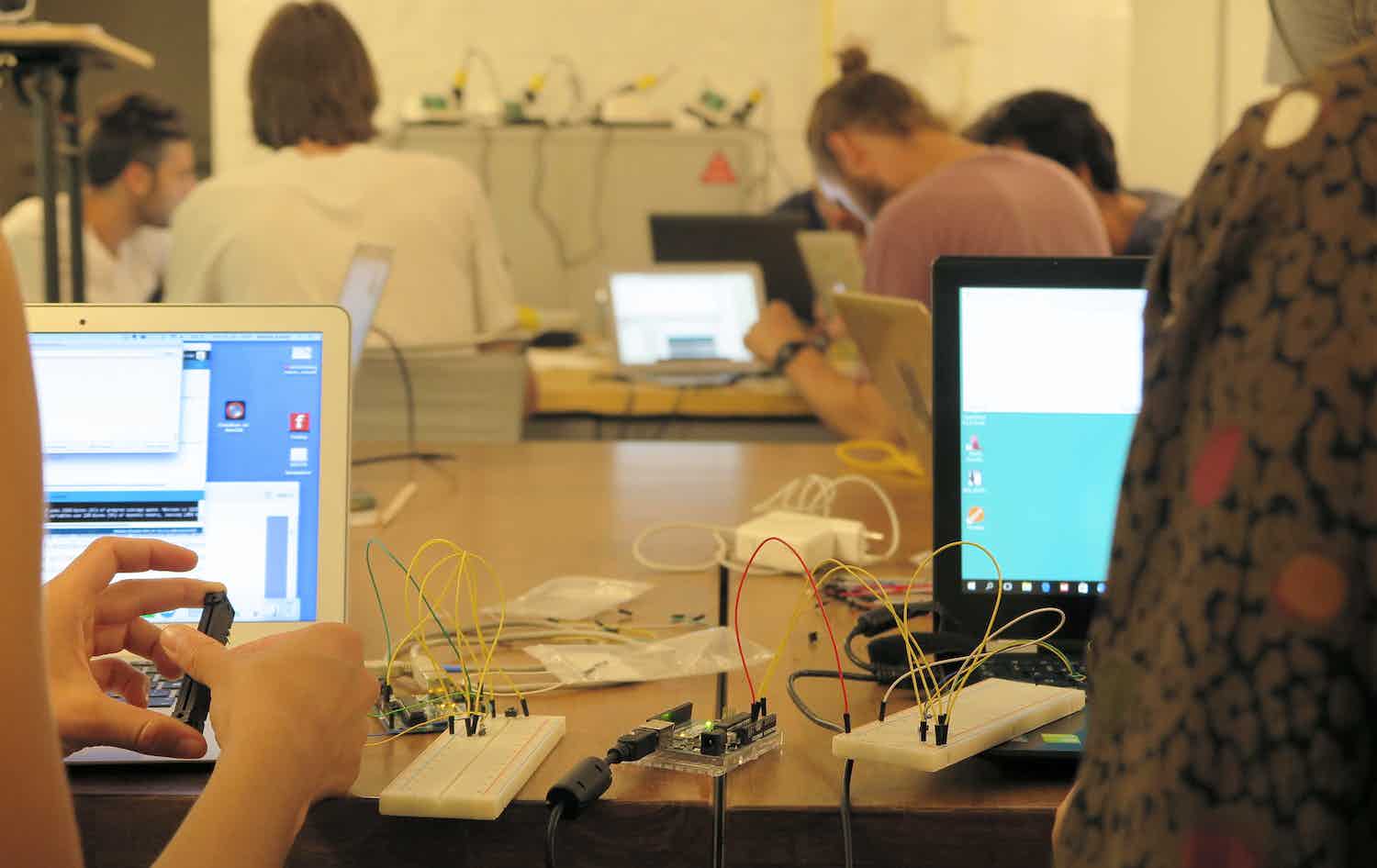 Music, Thought & Technology presents an end-of-summer sound school. A three-day boot camp for sound artists, composers, performers,... Mix and match workshops in some of the fundamental elements of the state of the art.

UPDATE: All workshops are open for beginners.

Registration is required: €10/workshop; €30 for all workshops.

Bring your laptop, your project, your ideas or just your curiosity. 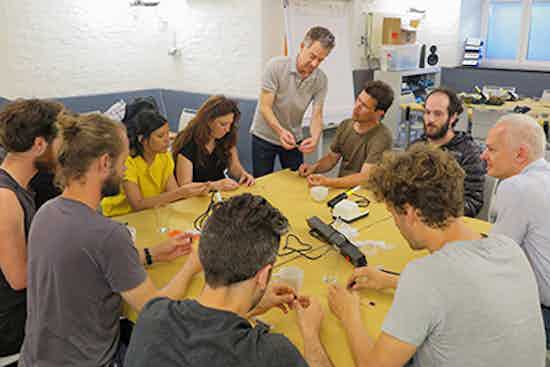 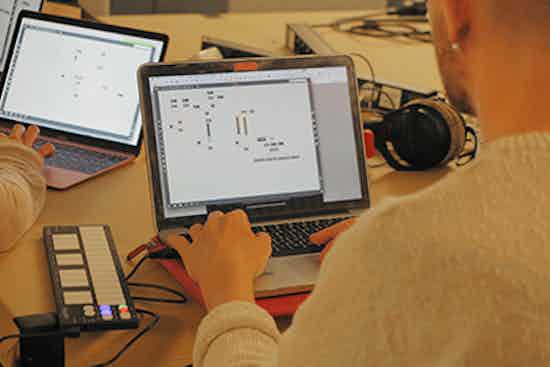 Darien Brito creates pieces that combine sound and image. His creative practice is motivated and informed by computers and technology. He is equally an artist and a technician, a distinction he regards as becoming less necessary as the field of digital practice continues to evolve. Brito is fascinated by micro-sound, immersive environments, machine learning, and complexity (that is, the field that studies how systems with simple rules can create complex behaviour over time). He is interested in an experiential approach to performance, specializing in artistic occurrences that are less guided by concepts and based more on sensorial experiences. In parallel, Brito acts as a consultant on various programming languages. He builds solutions for people with great ideas but who lack the technical expertise to make them happen.

Creative coder, educator and sound artist from Brazil, currently living and working in Austria. Both his artistic and research activities have a focus on the intersection between art and technology, and are heavily rooted in the embracing of programming languages as places for poetical speculation, as well as the construction, modification and manipulation of electronic circuits. Has a master’s diploma in Education, where he development and researched learning and teaching methodologies for programming languages in the context of the arts, with emphasis on the specificities of the learning dynamics of code for non-computer scientists.

New York born and raised, Nicolas Collins spent most of the 1990s in Europe, where he was Visiting Artistic Director of Stichting STEIM (Amsterdam), and a DAAD composer-in-residence in Berlin. He has been a Professor in the Department of Sound at the School of the Art Institute of Chicago since 1999, and a Research Fellow at the Orpheus Institute (Ghent) since 2016. From 1997 - 2017 he was Editor-in-Chief of the Leonardo Music Journal. An early adopter of microcomputers for live performance, Collins also makes use of homemade electronic circuitry and conventional acoustic instruments. His book, Handmade Electronic Music – The Art of Hardware Hacking (Routledge), has influenced emerging electronic music worldwide.

Jonathan Impett is a trumpet player and composer. He is Director of Research at the Orpheus Institute, Ghent, where he leads the research group ‘Music, Thought and Technology’, and Associate Professor at Middlesex University, London. His work is concerned with the resituating and redistributing of musical activity. It explores the spaces between score and improvisation, musician and technology, the use of interactive and intelligent systems, the cultural role of models from science and the nature of the contemporary technologically situated musical artefact. He is also a member of the Orchestra of the Eighteenth Century.

Juan Parra Cancino studied Composition at the Catholic University of Chile and Sonology at The Royal Conservatoire The Hague (NL), where he obtained his master’s degree with focus on composition and performance of electronic music. In 2014, Juan obtained his PhD degree from Leiden University with his thesis “Multiple Paths: Towards a Performance practice in Computer Music”.

His compositions have been performed in Europe, Japan, North and South America in festivals such as ICMC, “Sonorities”, “Synthese”, and “November Music”, among many others. His acousmatic piece Serenata a Bruno obtained a special mention at the Bourges electroacoustic music competition of 2003 and in 2004, his piece Tellura was awarded with the residence prize of the same competition. Founder of The Electronic Hammer, a Computer and Percussion trio and Wiregriot, (voice & electronics), he collaborates regularly with Ensemble KLANG (NL) and Hermes (BE), among many others.