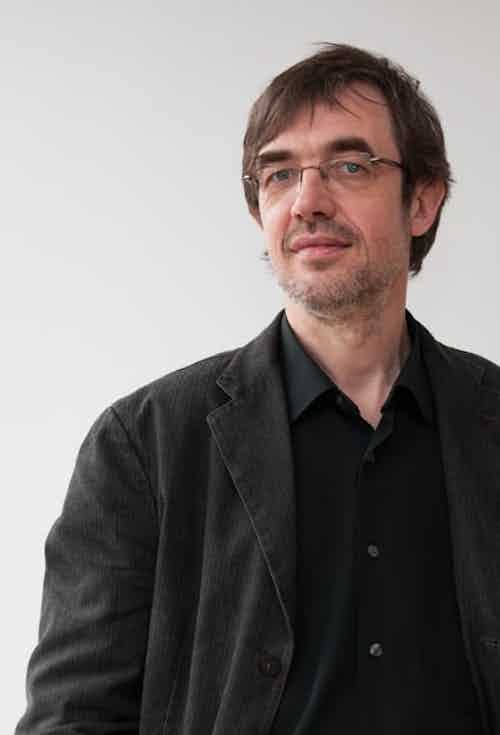 Jan Michiels (°1966) studied with Abel Matthys at the Royal Conservatory of Brussels. From 1988 to 1993 he studied at the Hochschule der Künste in Berlin under the direction of Hans Leygraf - he was awarded an exceptional distinction for his interpretations of Bartók's Second concerto for piano and Ligeti's Etudes. He was Tenuto-laureate in 1988 ; in 1989 he won the international E.Durlet competition. In 1991 he was laureate of the international Queen Elizabeth Competition. In 1992 he was awarded the JeM/ Cera prize for musicians and in 1996 he was signed up as festival star of the Flanders Festival. He is also laureate of the 'Gouden Vleugels/KBC Muziekprijs' 2006.

Jan Michiels is currently active as piano professor in the Koninklijk Conservatorium Brussel, where he also led the class of contemporary music for eight years. He conducted masterclasses in London, Murcia, Hamburg, Oslo, Montepulciano, Szombathely (Bartokfestival). He is fellow in the 'Platform' (VUB-KCB/The Brussels Model) and prepares a doctorate in the arts with the 'New Prometheus' of Luigi Nono as a guide. He regularly performs as a soloist or with chamber music ensembles (a.o. the Piano Quartet "Tetra Lyre" and a piano duo with Inge Spinette) in several musical centres in Europe and Asia, with conductors such as Angus, Asbury, Baudo, Boreycko, Edwards, Eötvös, Märkl, Meylemans, Nézet-Séguin, Ono, Pfaff, Rahbari, Rundel, Soustrot, Stern, Tabachnik, Tamayo, Zagrosek, Zender - but also with dance-productions of Anna Teresa De Keersmaeker, Vincent Dunoyer and Sen Hea Ha. His repertoire reaches from Bach to today. Apart from his many radio recordings, he also recorded cd's with works from a.o. Bach, Bartók, Beethoven, Brahms, Busoni, Debussy, Dvorák, Janácek, Liszt, Rachmaninov, Ligeti, Kurtág and Goeyvaerts (these three last composers appreciated very much his interpretations). The cd 'Via Crucis' - a Liszt-portrait (Eufoda) - received a Caeciliaprize in 2002. He realized different complete cycles: all Beethoven sonatas, all pianoworks of Schoenberg, Webern and Berg and the complete chamber music with piano of Johannes Brahms.