One Less Performance of 'Dichterliebe' 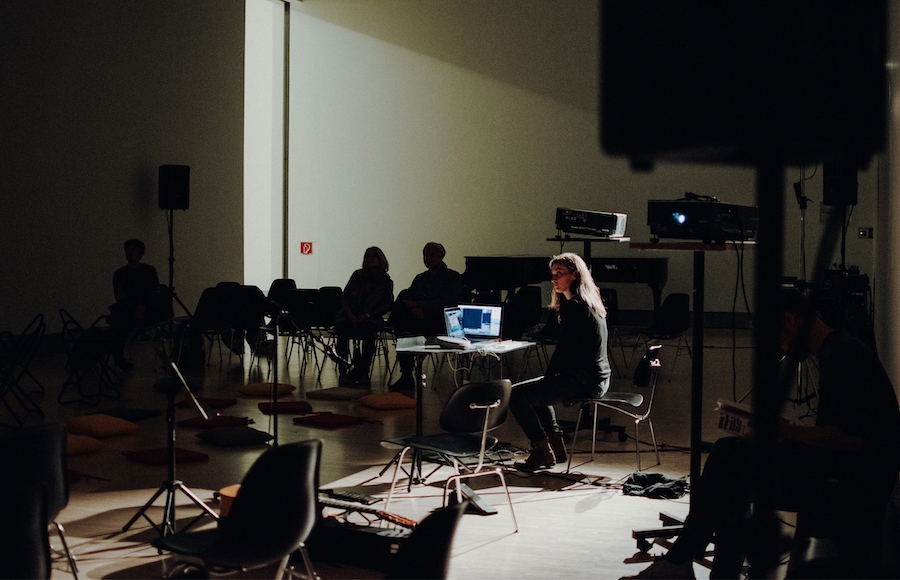 A musician approaching Dichterliebe op. 48 by Robert Schumann is confronted with a sort of Janus. One of its faces looks towards its past, namely, the “data” that can be inferred through or around the score (its compositional complexity and articulateness, its link with Schumann's biographical details, its elaborate relation to Heine’s poetry). But the other face is oriented towards its unpredictable futures, presenting us with elements of instability, of problematicity, and of openness that cannot be exhausted by music analytical or historical approaches.

In this second sense, Dichterliebe is a problem without a solution, an enigma without a clear answer, whose power relies also in posing itself, insistently, as question. What would it then mean for a musician performing Dichterliebe to bring about its problematic state, to create a performative situation that does not wish to resolve its instabilities, or to provide clear and univocal solutions to its answers?

This project develops performative strategies that embrace this approach. Addressing several aspects that are at the core of artistic research in music, it will focus on the intertwining of traditionally segregated functions (the performer, the composer, the listener, the scholar) that, merged together in the figure of the artist-researcher, can productively enact a constructive critique of current modes of thinking and making music. First and foremost centered in the music and its possible realisations, the project is supported by reflections coming from philosophy—in particular, the notion of “problematic” in Gilbert Simondon, Maurice Blanchot, Michel Foucault, and Gilles Deleuze—, and from semiotics—involving the notion and practice of “divergent performances” in a previous research project.