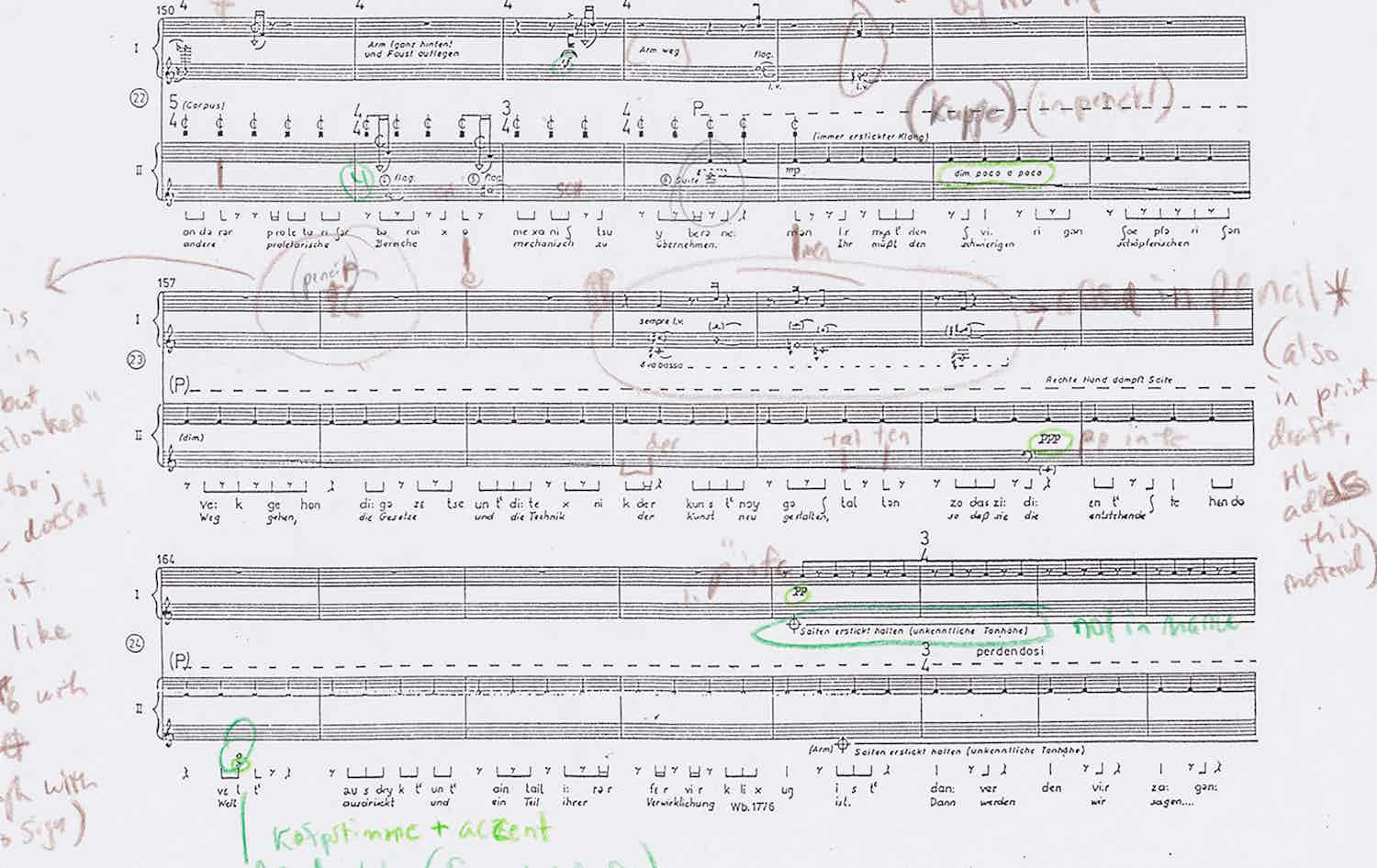 In the framework of Luk Vaes HIPEX research cluster, Seth Josel is preparing a new edition of 'Salut für Caudwell' (1977) for Lachenmann’s publishers Breitkopf & Härtel. In the recently published article in TEMPO he describes the materials (sketches, drafts and score iterations) he encountered in beginning to prepare the new edition.

The research on Salut für Caudwell (1977) by Seth Josel started with a comment from Helmut Lachenmann himself stating that some performative information in the fair copy was not fully reproduced in the print edition (1985). Seth Josel, a research fellow from the HIPEX research group at the Orpheus Institute, was immediately inspired to create a new edition of Salut for Lachenmann's publishers Breitkopf & Härtel.

The initial research question: "What information is contained in the iteration from 1977 that was not transmitted to the print edition of 1985?" quickly moved beyond and other tangential questions emerged. In the recently published article in TEMPO, a Quarterly Review of New Music Seth Josel describes the materials (sketches, drafts and score iterations) he encountered in beginning to prepare the new edition. To survey and investigate these sources he used the theory of strata, developed by the MusicExperiment21 research project (Paulo de Assis) at the Orpheus Institute and primarily inspired by the French philosophers Gilles Deleuze and Félix Guattari. 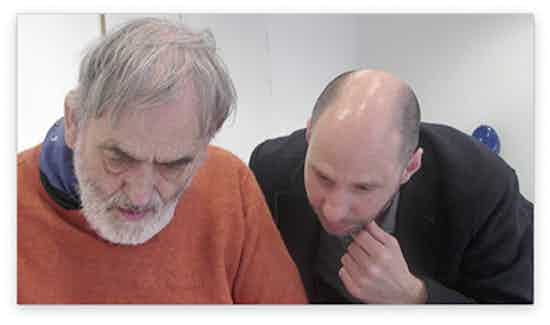 Helmut Lachenmann and Seth Josel during an interview

Read more on the theory of strata: