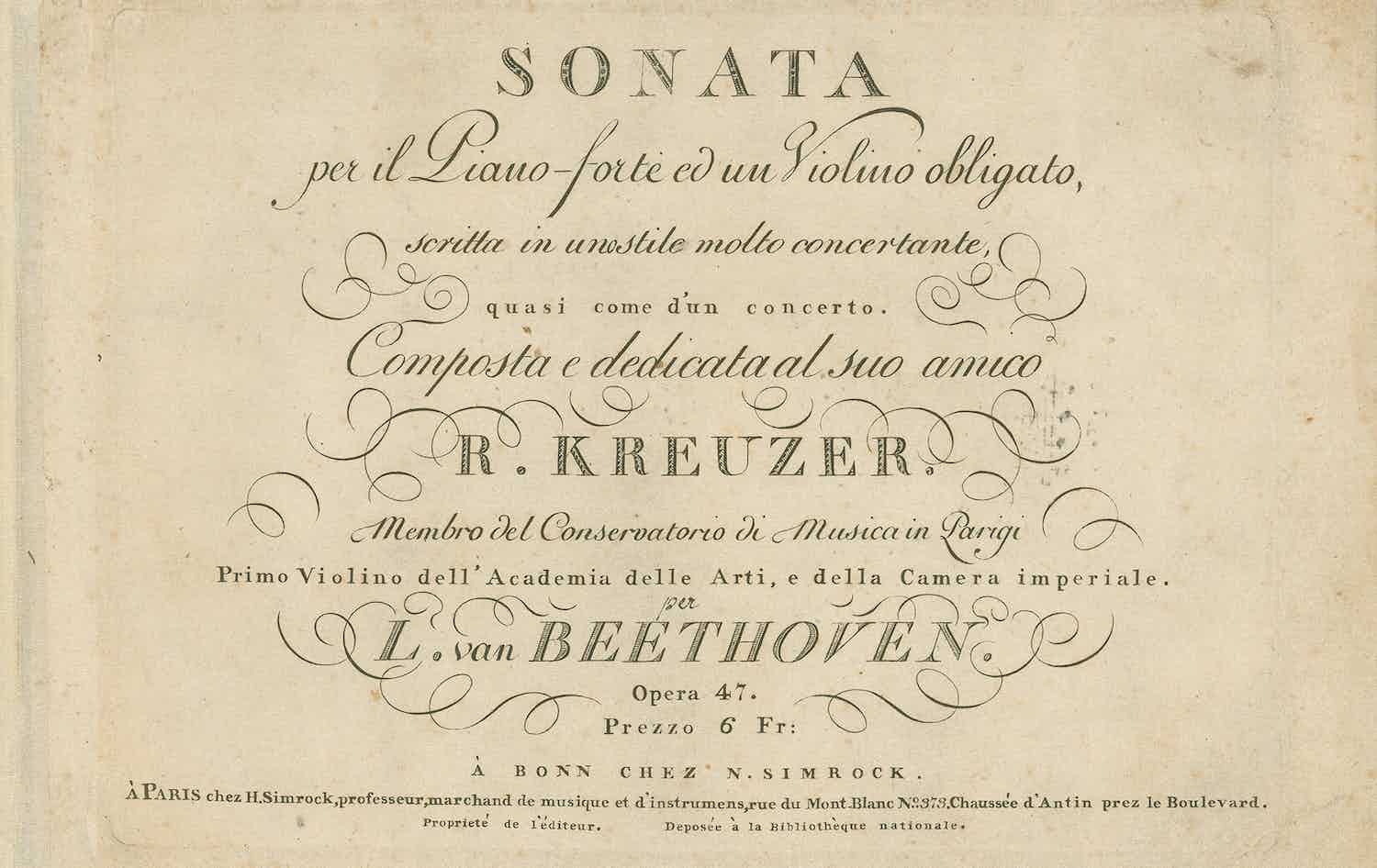 We offer an alternative performance for the first afterwork concert on Thursday 24 September, as pianist and composer Prach Boondiskulchok cannot join us from London. In the context of 'Declassifying Beethoven', the 2020 programme in which the Orpheus Institute celebrates 250 years of Beethoven and 5 years 'Declassifying the Classics', five afterwork concerts are being organised at the Orpheus Institute.

The distinguished violinist Alessandro Moccia (residing in Ghent and concert master of the Orchestre des Champs-Elysées) will team up with Tom Beghin in a performance of Beethoven’s “Kreutzer” Sonata Op. 47.

There are two stories to the “Kreutzer” Sonata.  One is that Beethoven wrote it in 1802 for a concert in Vienna featuring the young English violinist George Bridgetower.  Bridgetower allegedly had to look over Beethoven’s shoulders to read the freshly finished autograph score.  But the other is that he famously dedicated this molto concertante sonata in 1805 to Rodolphe Kreutzer, who was then one of the three violin professors at the Paris Conservatoire.  At one point, Beethoven in fact contemplated a co-dedication of Op. 47 not only to Kreutzer, but also to Louis Adam, Kreutzer’s colleague and the Paris Conservatoire’s foremost piano professor.

We will give you glimpses of the “Bridgetower” Sonata and will compare it to the “Kreutzer/Adam” Sonata by alternating pianos: a Viennese Walter fortepiano as might have been used at that Vienna Augarten concert on May 9, 1802; and an 1803 French Erard Frères piano, which is a copy of the piano that Beethoven started owning that year and exactly the kind of piano that Adam and Kreutzer would have used had they indeed played the piece together.  The sound worlds of these respective pianos are drastically different, just as violinists in Vienna vs. Paris would have used different bows and applied different techniques.

As it happens, around this time (in 1803) Beethoven was seriously planning to relocate to the big and exciting city of Paris. So, exactly how French was his “Adam/Kreutzer” Sonata?  That’s what we propose to try and find out.

To comply with the official COVID-19 regulations for professional arts organisations in Belgium, the Orpheus Institute has taken the following prevention measures: