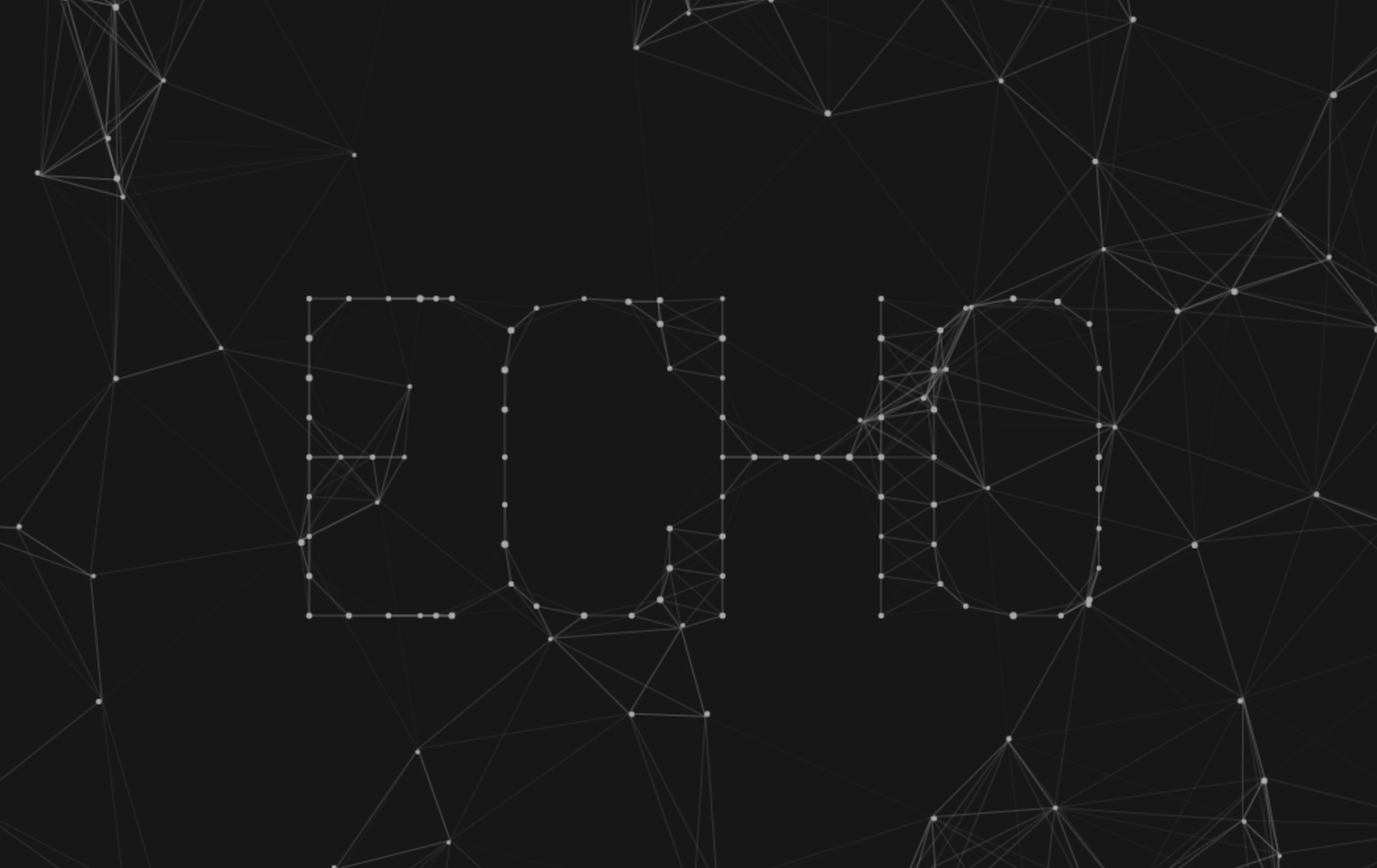 The concept of Networks has become key in modern society, reflecting new understanding of a world that has grown more and more complex. Rather than a metaphor for describing a phenomenon, networks help us understand that we can no longer describe things and events in isolation. We live, act, create in an interconnected world, where each new element contributes to a complex of changes and effects that expand beyond the predicted causes of our actions.

In music, like in any other human discipline, the use of networks as an explanatory concept has multiple connotations. From the telematic to the social, from compositional structures to the interconnectedness of musical actions, this issue of ECHO aims to reflect the multifaceted applications of the term, shed some light on the commonalities between different uses, and contribute to the larger discourse of network in society and complexity science, from the unique perspective of artistic research.

ECHO is a new online, open access, peer-reviewed journal that exists to share creative work and understanding in the common space at the intersection of music, thought and technology.

An initiative of the MTT (Music, Thought and Technology) research group at the Orpheus Institute, Ghent, ECHO welcomes artist-researchers to submit contributions for development on its custom platform.

Authors are encouraged to structure digitally-native storytelling around their creative work, using media-rich materials, nonlinear navigation and tools of data representation and interactive code. The ECHO software environment is made available to contributors to experiment.

As well as current composition, performance and sonic and web-based art, original approaches to musicological, theoretical and technological topics are very welcome.

Editors-in-chief are Jonathan Impett and Nicolas Collins. Each issue has its own guest editor.

The third issue of ECHO, a journal of music, thought and technology is planned for December 2021. After "Archive(s)" and "Networks" the theme and title is "Feedback", with Adam Pultz Melbye as guest editor. The call for submissions is now open. Submission deadline: August 27th, 2021