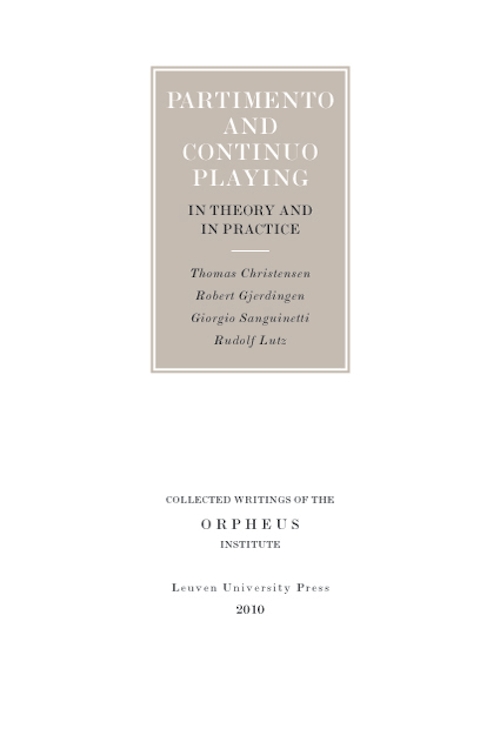 In Theory and in Practice

This volume is a collection of essays based on lectures given at the International Orpheus Academy for Music Theory on ‘Music and Theory: Thoroughbass in Practice, Theory, and Improvisation'. Hence the point of departure was not ‘Music Theory' as such, but the interaction between music theory, music history, performance practice, aesthetics, and related sciences. This multidisciplinary approach, with the accent on the interplay between music performance and music theory, is reflected in the contributions to this book.

Thomas Christensen, in his contribution, shows how the development of tonal harmonic theory went hand in hand with the practice of thoroughbass. Both Robert Gjerdingen and Giorgio Sanguinetti focus on the Neapolitan tradition of partimento. Gjerdingen addresses the relation between the realization of partimenti and contrapuntal thinking, illustrated by examples of contrapuntal imitation and combination in partimenti, leading to the ‘partimentofugue'. Sanguinetti elaborates on the history of this partimentofugue from the early 18th until the late 19th century. Rudolf Lutz, finally, presents his use of partimenti in educational practice, giving examples of how reviving this old practice can give new insights to composers, conductors and musicians.