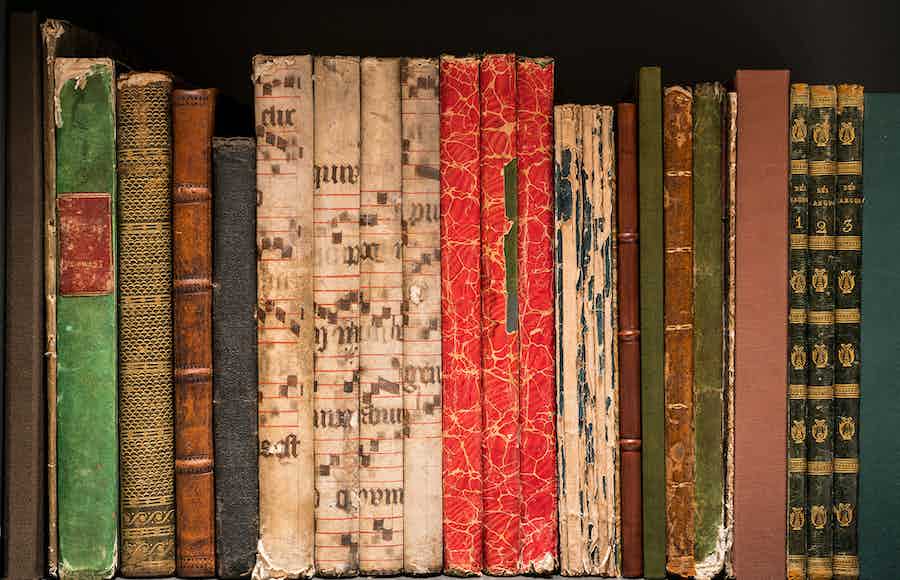 In one of his many writings, the philosopher Gottfried Wilhelm Leibniz (1646-1716) pleads for the maintenance of a bibliothèque bien garnie. Such a book collection, Leibniz argues, constitutes an indispensable instrument of reform in every realm of human endeavor. There exists one condition for success: the library must excel in its arrangement and accessibility. Self-evident as though Leibniz’s point of view might seem, the issue of orderly, high-speed retrieval is key to realize the full potential of the newly acquired Ton Koopman Collection at the Orpheus Institute. Pitfalls are luring around every corner. The average scholar might take an interest in this acclaimed musician’s personal library as a treasure trove, hunting for first editions or unfindable items. Others will eagerly fetishize it as a series of autobiographical relics, looking for signatures or ex libris of famous previous owners. Without discounting any of the two approaches, Koopman’s library focused on Baroque music and culture has a more sustainable asset, acting as a stimulus to rethink the role of libraries in musical practice and to devise new ways of performing and enjoying the Baroque.

Recent decades have witnessed a redefinition of historically informed performance (HIP) from a rather naïve, utopian quest for the Holy Grail of authenticity, into a self-conscious, critical form of musicking which acknowledges tensions between past and present, performed object and performing subject. Music philosophy and criticism, on the other hand, have produced studies on the peculiarities of pre-Romantic compositions, confronting us with the inconvenient fact that the individual ‘works’ or ‘masterpieces’ we cherish in today’s concert halls might not have been considered as such in their own time.

While having thus paid attention to the what and how of performing Baroque music, HIP has been significantly less concerned with the temporal organization, the disposition, that is, of concerts and recordings. Pre-Romantic compositions are as a rule performed in their entirety. Recitals tend to comb together thematically related compositions into highly predictable formats, more indebted to the listening strategies of Romantic and post-Romantic recitals than to musical presentations in the Baroque. In addition, performers and the recording and publishing industries tend to indulge in the very Romantic museum culture the HIP movement was supposed to resist, upon its full emergence in the late 1960s. What does this state of affairs have in common with, for instance, Buxtehude’s Abendmusiken in Lübeck, the sociétés and salons of eighteenth-century Paris, Carnival opera, or Handel’s appearances at the theaters and learned societies of Rome and London? Shouldn’t we explore formats of production that answer Baroque ways of considering repertoire?

As Michel Foucault demonstrated in his seminal essay Les mots et les choses : une archéologie des sciences humaines (1966), seventeenth- and eighteenth-century knowledge (savoir) was mapped according to rational concerns of logic, measure, and order, favoring, on the one hand, categories of small units, such as Leibniz’s Monaden, and on the other impressive taxonomies of dispersed signs, such as the botanical charts of Carl Linnaeus’ Systema natura (1735). Gilles Deleuze (Le pli : Leibniz et le Baroque, 1988) expanded on Foucault’s view in describing Leibniz’s philosophy and Baroque esthetic in terms of ‘infinite folds’ of space, movement, and time, which tend towards systems in constant flux. In this view, Baroque knowledge and knowhow consist in endlessly chopping up and recombining matter. 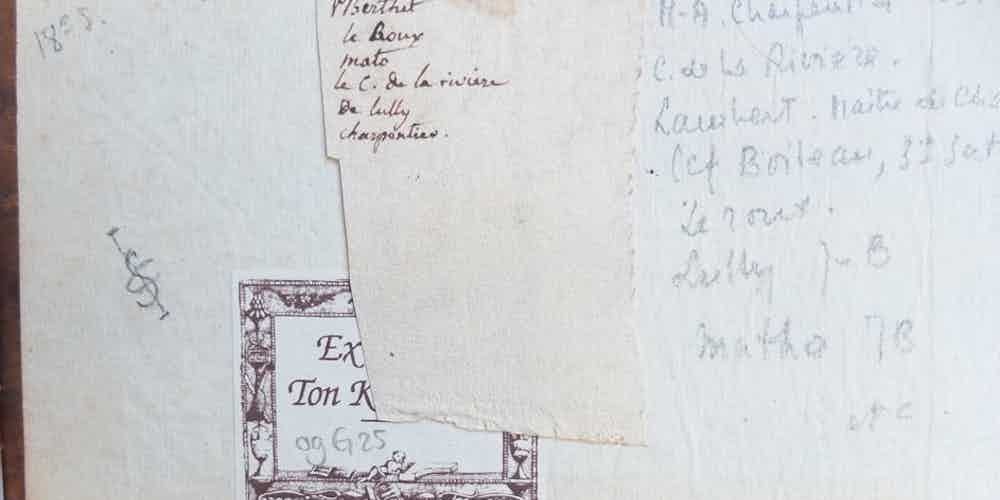 Though neither Foucault nor Deleuze’s argument considers music, their views equally apply to Baroque music culture as exemplified by a myriad of instantiations:

Though assembled in the years 1957-2019, Ton Koopman’s library exemplifies early modern ways of structuring information in that most of its volumes contain lists of handwritten keywords (both subjects and person’s names) followed by page numbers referring to passages the owner found noteworthy. Neither referring to any preconceived thesaurus or set of structures terms, nor subsequently collected into a single index or inventory where each term can be retrieved, these lists in front of each individual book constitute a kind of personal knowledge map based on a vocabulary of terms which, on the level of the collection as a whole, remains implicit and intuitive. 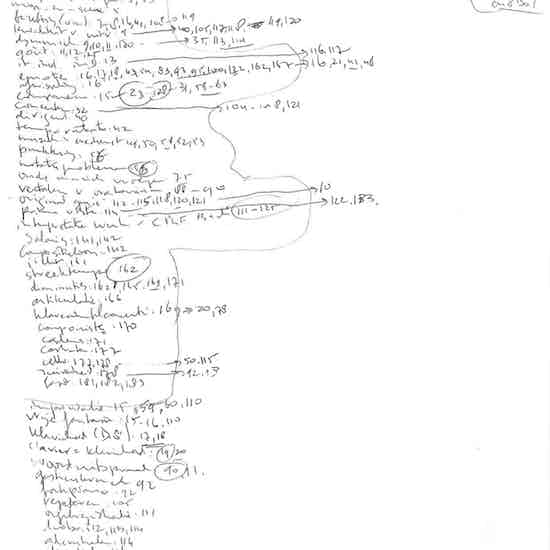 When transcribed and structured digitally, however, these keywords can gain a whole new range of interest. Not only will Koopman’s personal system itself be rendered explicit and searchable, but the keywords can also provide a direct entry into the content of the books themselves, thus further unfolding and opening up the collection at a deeper level. By bringing the keywords and the pages in the books to which they refer into the realm of linked data, readers will be able to retrace one eminent musician’s reading habits, but also gain an unprecedented tool to disclose a large corpus of texts. By connecting these keywords to digital versions of the books and individual pages, both the library itself as well as the way it was read will become available digitally. In addition, by mapping Koopman’s keywords to existing thesauri and controlled vocabularies, his terminology becomes embedded within a larger system for retrieving and linking information.

By furthermore using these combined sets of terms and keywords, focused on issues of musical creation and performance, for yet further digital resources—other texts, sound and video recordings, images, etc.—we can start building a detailed and dense web of interlinked resources. In that way, it will open doors to fresh presentations and new understandings of Baroque music in general. For each Baroque composition to become fully comprehensible to a modern listener, it must be re-retrievable (re-perire) so that its internal grammar and position in the greater taxonomy of repertoire become clear and distinct in relationship to precedents and antecedents alike. Romantic, linear standards can be of little help here; rather, one must take recourse to a flexible, open-ended system whereby constituent compositional and other discourses become nodes in networks of related utterances, which can be permuted (e.g., recombined with other ‘nodes’) and extended (with new compositions, writings, lectures, …) at will.

Hence, if we want to exploit the Orpheus Institute’s new library to its full potential, we need to embrace digital networks, making profitable use of hypertextual databases and non-linear, user-defined methods of audio-visual retrieval—the libraries of audio streaming services, deejays, game level editors, and music production apps. Such a digital, well-disposed Baroque music library can broach larger questions about the relation between musicians and books, codified knowledge and know-how, thus becoming the dreamed apparatus for future musicking.