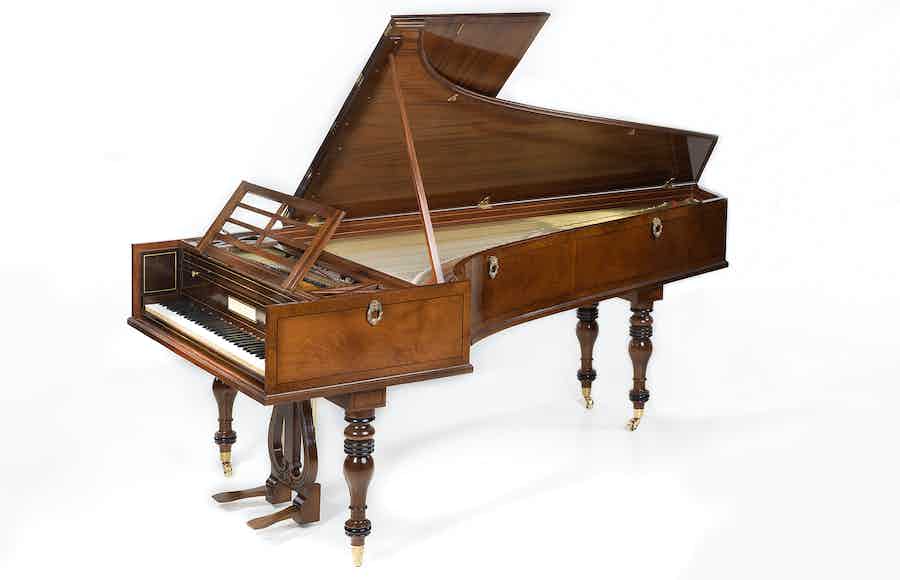 This project, on the contrary, takes historical technology as point of departure for the study of Beethoven’s art.  It challenges, furthermore, a notion promoted by Newman (1988) and reinforced through a complete recording of Beethoven’s piano sonatas by Bilson, Beghin et al. (1997) that Beethoven remained “true to his Viennese pianos and pianism.”  We instead make Beethoven’s two “foreign” pianos the focal points of our study, while inhabiting the persona of a Viennese-trained pianist.  A replica of Beethoven’s 1817 Broadwood —the first in modern times— has been finished since 2013, and we constructed —again for the first time—Beethoven’s 1803 Erard in 2016.

There is urgent musicological reason for taking these instruments seriously: the traditional dismissal of Erard as “irrelevant” because it was an “unsolicited gift” has been turned on its head by Rose (2005), who shows that it was Beethoven himself who ordered the French piano; and, in spite of it being a prestigious gift (arguably more self-serving for the giver than the receiver), Beethoven clung to his English instrument until the end of his life, not coincidentally (as we hope to show) during the hardships of his increased deafness.

Our hypothesis is that by studying these “foreign” pianos from the perspective of Beethoven’s music, we will discover “man vs. machine” interactions that will force us to refine and revise our understanding of Beethoven’s rhetoric and style.